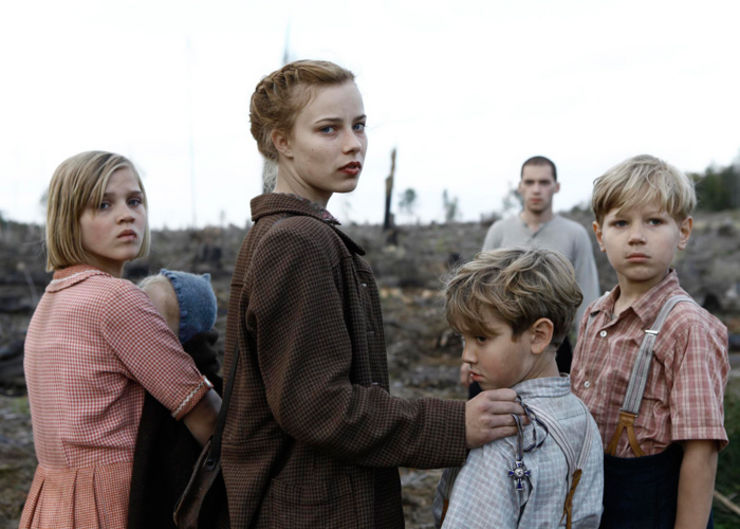 By weaving adolescent disillusionment and dreamlike imagery into a well known history lesson rife with brutality, Lore is able to cast a gripping, often poetic spell.

Set in Germany at the close of World War II, the teenaged Hannalore becomes head of her household when her parents, due to their Nazi ties, are interred by Allied forces. With four siblings to take care of (including a new baby), “Lore” decides they must all set out on foot for the safety of their grandmother’s home in Hamburg.

Australian director/co-writer Cate Shortland skillfully crafts the cross-country trip as a story of awakenings. Lore is a proud member of the Hitler youth, and she begins the journey full of defiant pride in her homeland. When a mysterious stranger offers assistance, Lore is perplexed by mixed feelings of hate and burgeoning sexual desire.

In the title role, Saskia Rosendahl does not shrink from the responsibility of carrying the movie through her performance. We have to feel Lore’s evolution, as she begins to question everything about the life she has known and realizes the horrors hidden by her own family. Rosendahl, in her film debut, is wonderful, often able to convey Lore’s inner turmoil through little more than a glance.

Framing the story through Lore’s eyes, Shortland constructs a nimble juxtaposition between the usual ways that a teenager’s eyes are opened, and the terrible realizations the German people were forced to accept.

Shortland also makes the most of Adam Arkapaw’s sublime cinematography, filling Lore with impressionistic visuals that give the story a hypnotic, almost lyrical flow.

Before leaving the family to fend for themselves, Lore’s mother instructs her to “never forget who you are.” The journey, of course, is about learning just how deep that lesson runs.