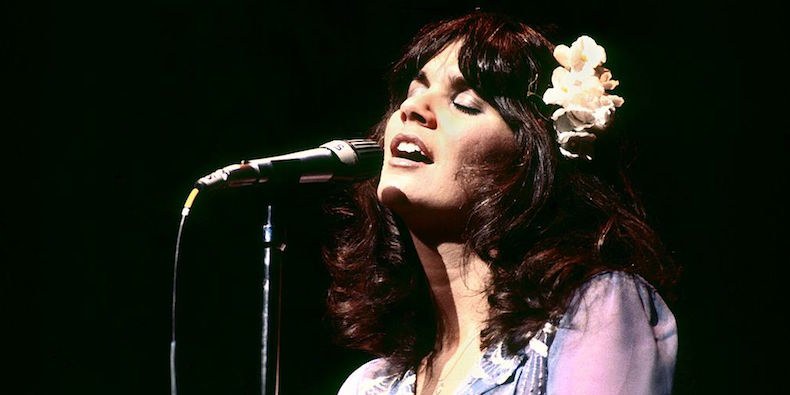 Linda Ronstadt: The Sound of My Voice

You may have heard that Linda Ronstadt can’t sing anymore, her incredible instrument silenced by Parkinson’s disease. But Ronstadt’s harmonies with a nephew in The Sound of My Voice are gentle and effective, and rendered more bittersweet by her quick, self-deprecating dismissal.

The ironic truth in this engaging documentary is that the sound of her spoken voice is what gives the film the warmth it needs to register as more than just a big screen fan letter.

Ronstadt initially balked at the pitch by directors Rob Epstein and Jeffrey Friedman (Howl, Lovelace) but they won her over with a promise to let her tell the story and define its terms.

So while we don’t get any juicy intimacies or sordid details, we do get some fantastic highlights from her archives and a unique, first-person perspective of being a queen in a king’s game.

For anyone under 40, the film is also a great intro to one of the most successful female singers in history. I know Taylor Swift is great and all, kids, but in the 1970s, her name was Linda Ronstadt.

An Arizona native who was raised on a multitude of musical styles, Ronstadt came to L.A. as a teen. After first raising interest and eyebrows as the defiant girl singer not wanting to be tied down to just one lover on the Stone Poneys’ 1967 hit “Different Drum,” Ronstadt’s 70s solo success reached unprecedented levels for a female artist.

With hits on the pop, R&B and country charts, a string of platinum albums and magazine covers, she was everywhere. Later decades brought torch song projects with Nelson Riddle, a starring role in Gilbert & Sullivan’s The Pirates of Penzance, a record-breaking Spanish language album paying tribute to her father’s heritage, and forming a legendary country trio with Dolly Parton and Emmylou Harris.

It is truly an incredible career, and reminding us of that fact seems to be goal number one for Epstein and Friedman. Their mission is more than accomplished, and with Ronstadt herself as the guide, it’s like getting a backlot studio tour from Spielberg.

You hear wonderful anecdotes about how Ronstadt handled sexism both systemic and casual (former boyfriend J.D. Souther asked her to cook him dinner – she handed him a PB&J), how her backing band left to start a little combo called the Eagles and how none of the successes could quell the nagging feeling that she was never good enough.

She was. The Sound of My Voice is all the proof you need.