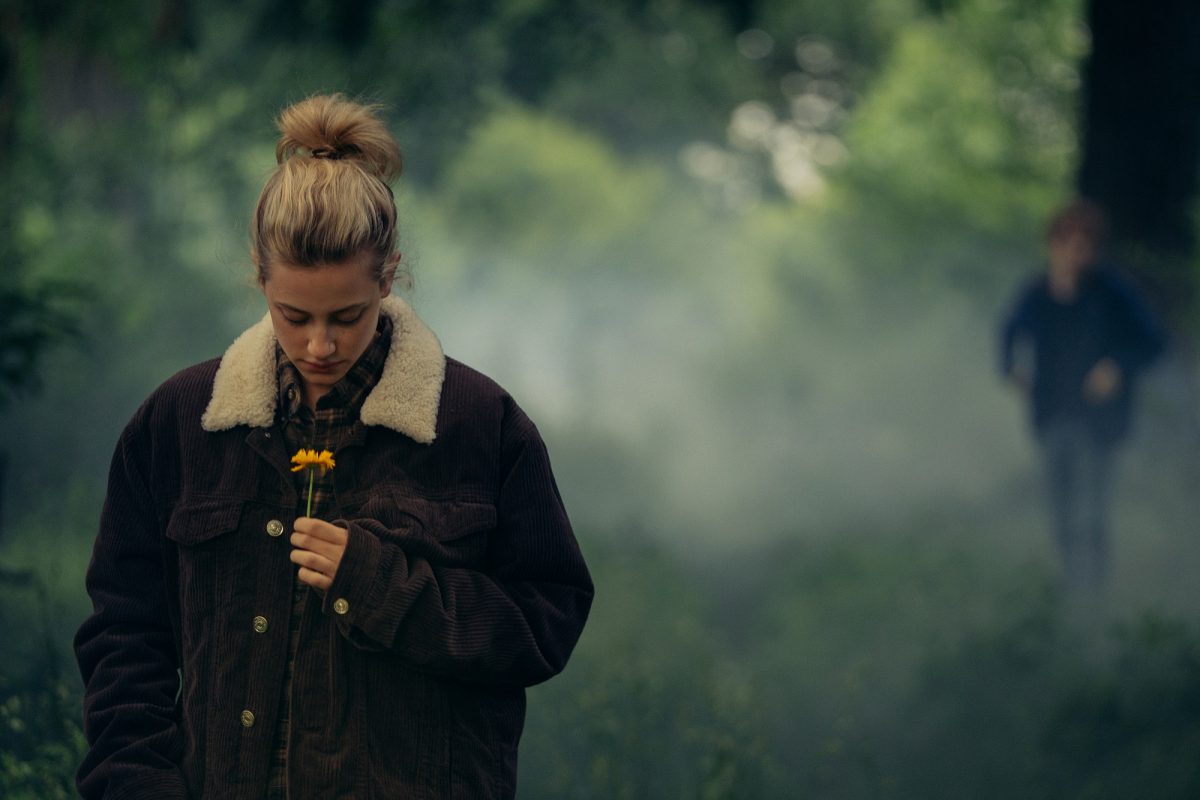 Henry Page is a romantic. He’s also unremarkable, he muses in moody voiceover. But senior year of high school might just be the year that something interesting finally happens to him. When Grace Town transfers on the first day of class and joins the school newspaper, Henry is immediately smitten. But people are rarely the things we imagine them to be.

Richard Tanne (Southside with You) wrote and directed this adaptation of Krystal Sutherland’s novel, “Our Chemical Hearts.” Tanne’s camera haunts dusk and after-dark more often than not, with even his daytime shots heavily shadowed. He finds gorgeous lighting in an abandoned warehouse and develops a grittier finish to this YA romance that’s rare for the genre.

But no matter how often Grace (Lili Reinhart) promises she’s “fucked up,” the film doesn’t go as dark as it wants to. In the end, Chemical Hearts is about a middle-class kid pining after a broken girl. While some twists and turns make the story more interesting, the narrative is distracted by Henry (Austin Abrams) who is as he promises to be – unremarkable.

Chemical Hearts also suffers from a heavy serving of quirky character traits. Henry’s not normal, he practices the Japanese art of kintsukuroi – repairing broken pottery with gold seams. Grace stands thigh deep in a koi pond, monologuing about humanity’s fate to be briefly rearranged motes of start dust. How did the koi end up in an abandoned warehouse? Spoiler alert, we never find out.

For all its false depths, Chemical Hearts also ruminates on death, guilt, and suicide in fair measure. But the grief is twice removed and mostly mystery. Grace’s healing process is constantly measured by her capability to fully love Henry. We don’t get the opportunity to explore her growth outside of him.

Chemical Heart’s constant insistence that being a teenager is the hardest part of life will fall flat for older viewers who have already survived the gauntlet of adolescence. Meanwhile, the younger audience will likely appreciate a story that reminds them that life doesn’t always go the way you want it to.