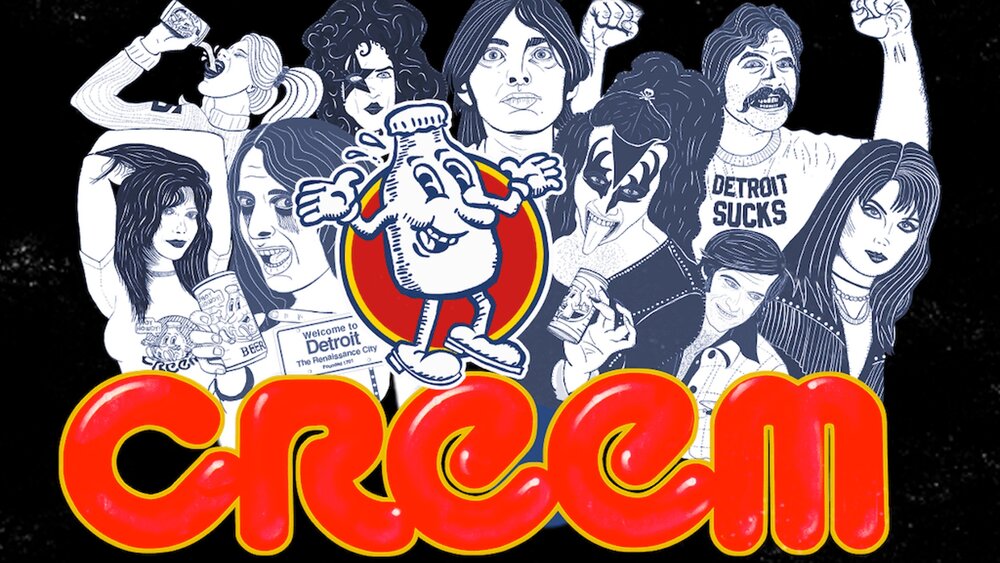 Now he turns his attention to Detroit.

Creem: America’s Only Rock ‘n’ Roll MagazIne documents the inner dysfunction and outward impact of the Motor City’s “screw you” to the rock establishment. (Lookin’ at you, Rolling Stone.)

Launched in 1969 by Detroit head shop entrepreneur Barry Kramer, the magazine immediately defined itself among rock mags as the most personal, most irreverent, least sophisticated and most vital. Like the decaying, even dangerous city it represented, Creem Magazine existed outside the mainstream.

Boasting a litany of groundbreaking rock writers and more women on the editorial and writing staff than nearly any other magazine at the time, the magazine pushed boundaries. It didn’t just cover punk rock, it was punk rock. And like punk rock (or Detroit, for that matter), it was basically doomed.

Crawford’s gift is in establishing the period, time stamping the singular moment in rock history he wants to unveil. Archival footage and behind the scenes photos illustrate the hard core, nearly derelict quality of the working conditions. Kramer’s commitment was almost blind, and the untested staff—many of whom would reveal themselves to be rock writing geniuses—attacked their assignments with equal self-destructive passion.

We hear directly from many of them: Dave Marsh, Cameron Crowe, Jaan Uhelzski (who co-writes the film). We also hear from the rock stars that were covered (Alice Cooper, Gene Simmons, a very testy Joan Jett), as well as those modern day musicians whose young minds were warped by Creem’s pages (Michael Stipe, Kirk Hammett, Chad Smith).

The film’s production design does justice to its source material. Scott Gordon’s animated sequences are an inspired avenue into reenactments. Between the cartoons, stories, photos and excerpts of his writing, a provocative image of Lester Bangs emerges. And who could be more fitting to provide all the movie’s original music than MC5’s Wayne Kramer?

The film, produced by publisher Barry Kramer’s son JJ, is absolutely a mash note to rock’s most rebellious rag. For many it will be a lesson on the significance of Detroit, even after Motown, in the evolution of American music. More than anything, though, Crawford’s film is a testament to the legacy of America’s Only Rock ‘n’ Roll Magazine.