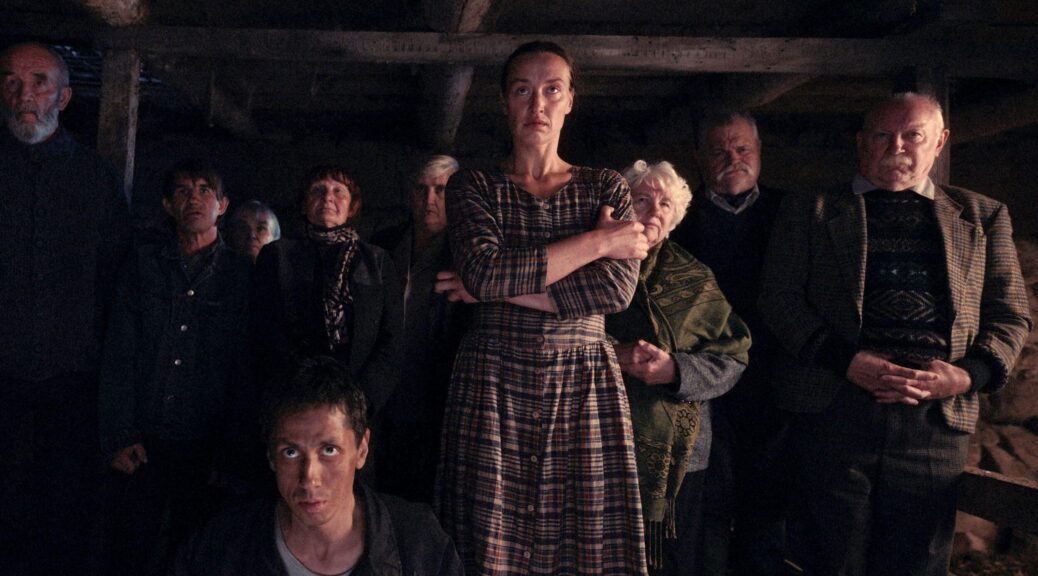 Why did the pig cross the road?

To get hit by a car and lead us into a dark and comedic fairy tale along with our hero, Chef Sam (Kevin Janssens, Revenge). Director Aik Karapetian, working from a script co-written with Aleksandr Rodionov, brings us a more funny than scary tale of a man who stumbles into a strange situation.

While searching for a father he’s never met, in a country he’s never heard of, Sam not only hits the aforementioned pig but meets Kirke (Laura Silina). Because she claims the pig was hers, Sam offers the woman a ride home. He shares a meal with her, and she offers him a bed for the night. Revealing any more of the plot would take away from the joy of experiencing it for yourself.

Though several scenes are more reminiscent of a horror film than a comedy, Karapetian never loses the element of humor. What helps maintain the lighthearted nature, despite several darker sections, is the presence of the film’s jaunty-voiced narrator. His occurrence in the film is as welcome and natural as any of the characters on-screen.

As is the presence of the many pigs who share screen time with our human characters. As with most fairy tales, the animals are as essential to the story as the humans. At times, humans play the role of animals, and animals take on near-human qualities.

This is an unusual film, to be sure. Karapetian broadcasts early and often that what you can expect is the unexpected. It’s an accomplishment that the actors embrace their characters as naturally as if you stumbled upon them in some unnamed forest in Eastern Europe.

The score is another element that keeps things from taking a darker turn. The harp makes you feel you’re dining in a five-star restaurant, even while watching pigs covered in filth getting a shower. The fancy font for the opening credits only furthers this feeling.  Villains and heroes, pigs and wolves, this film is populated with many things strange and unusual. And it’s all the better for it.