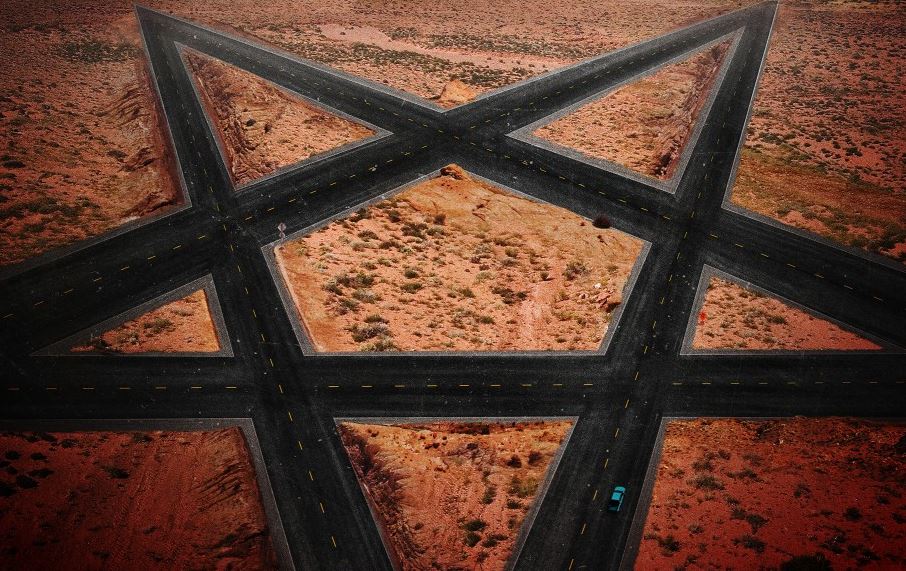 That’s a theme – a concept that informs everything from a Springsteen song to a Mad Max movie with many, many stops in between. In a horror movie, though, redemption can be harder to come by. With Southbound, we’re given five tries to get it right.

Successful anthology horror is difficult to pull off. Varying directorial styles, tones, and themes often render certain tales tedious by comparison to others, and the quality differential can make it tough for a film to hold together as a single entity. Southbound, for the most part, manages to transcend these issues as it spins its diabolical tale, interlocking five stories of travelers on a particularly desperate stretch of highway.

Though each story makes is own impression – some darkly comic, others more evidently supernatural, others grittier or bloodier – each allows the desert highway to inform a retro style influenced by the indie American horror of the Seventies. A soundtrack supplied by the lonesome radio DJ on everyone’s dial – when used effectively – underscores this throwback aesthetic, as the all-knowing DJ (Larry Fessenden) emphasizes that the trouble facing these journeymen is quite beyond their control.

Rather than feeling like five shorts slapped together with a contrived framing device, the segments work as a group to inform a larger idea – together they help to define this particular and peculiar stretch of highway. Time for Fessender to cue up AC/DC.