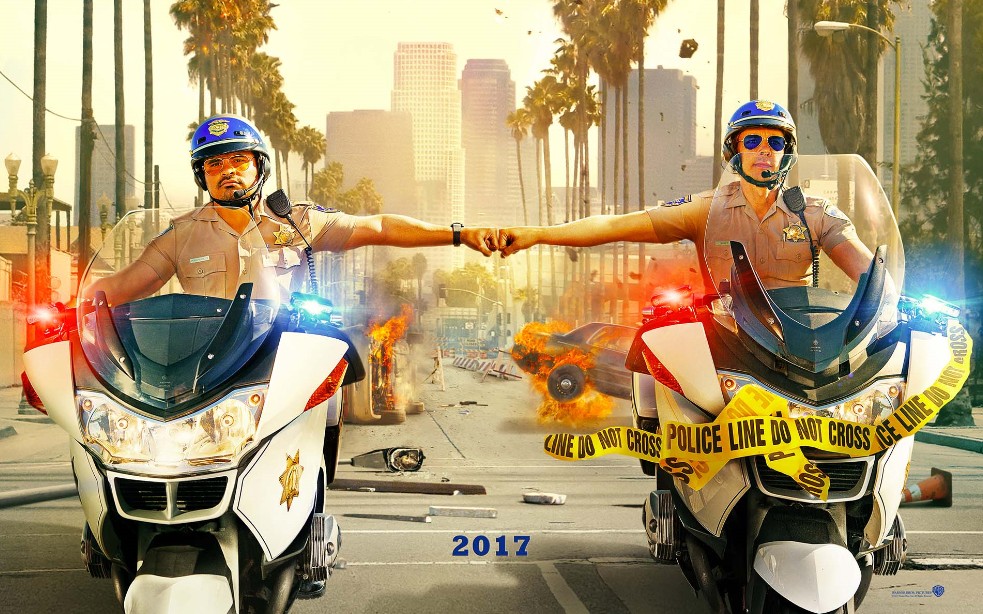 How many of you remember that, in 70s cop shows, cars blew up all the time?

Without that knowledge, one of two running jokes in CHIPS will make no sense. The other one – well, you’ll understand it, it’s just not funny.

Neither is much of anything else in writer/director/star/seemingly good guy Dax Shepard’s big screen tribute to the cop show of a bygone era.

Shepard plays Jon to Michael Peña’s Ponch, and the two have to overcome their intimacy issues and crack some case about dirty cops.

Peña’s a talented actor (and a hard worker – the 41-year-old has 83 acting credits). He’s also versatile, easily handling drama or comedy. What he’s not is a lead.

Neither is Shepard. Both actors are likeable enough, amusing enough, but not compelling enough to keep your interest for 100 minutes.

Shepard’s script doesn’t do them many favors, either. The convoluted story offers opportunities for cool motorcycle tricks, and who needs a reasonable plot for a 70s TV spoof? But the laughs aren’t there, the nostalgia doesn’t work, and the film lacks the self-referential humor and off-handed fondness for the source material that made films like 21 Jump Street so much fun.

Kristin Bell is underused but fun as Jon’s unlikeable ex-wife and Vincent D’Onofrio remains a welcome presence in any film. But the rest of the supporting cast gets little opportunity to make a mark.

It’s hard to hate CHIPS. Like its leads, the film is blandly appealing but seriously in need of something bolder to hold your attention.