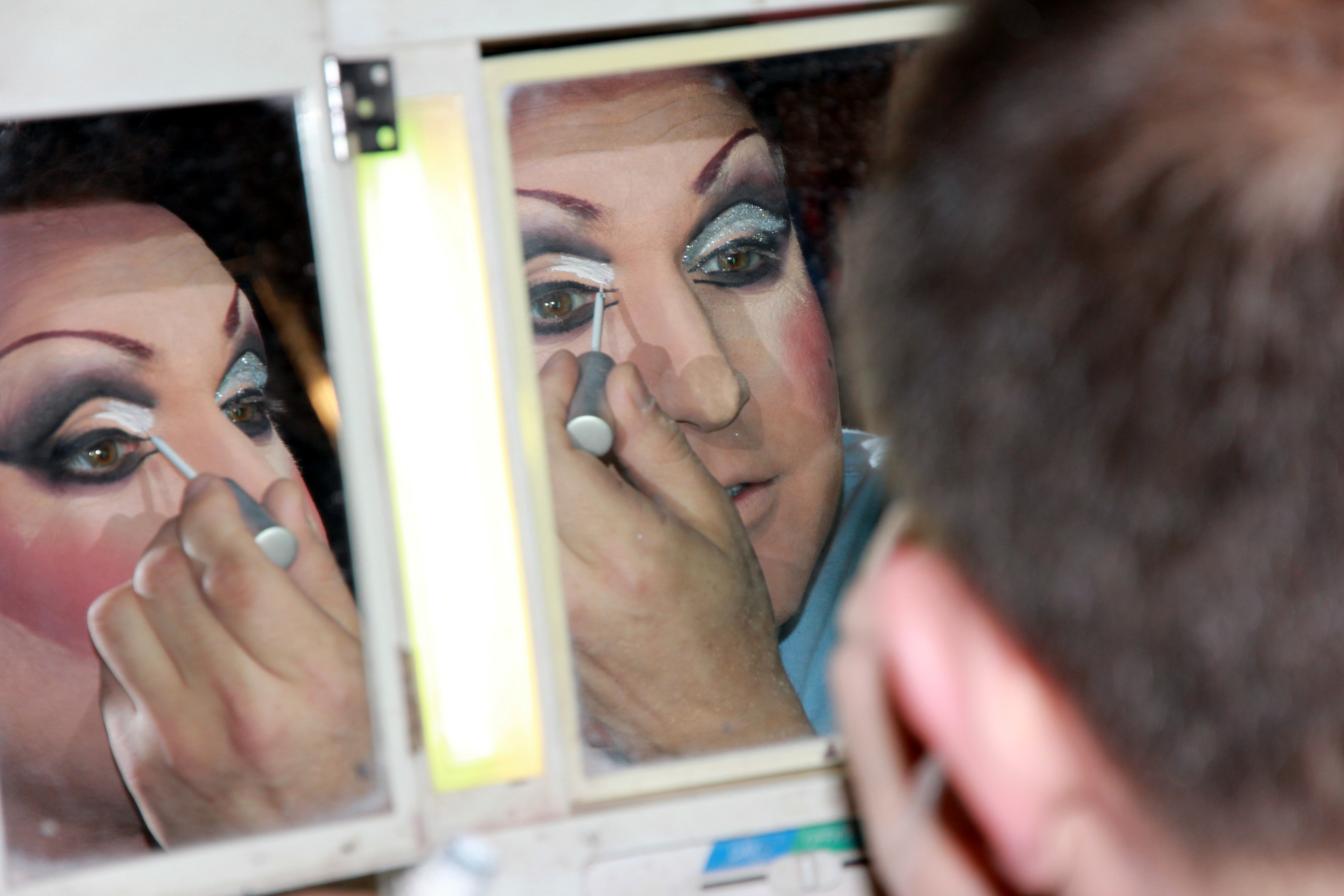 Believe it or not, there are those around the world who do not think first of a football team when they think of Columbus, Ohio. For those folks, and for many who are unaware of CBUS fabulousness, filmmaker Gabrielle Burton has a story to tell.

“Columbus has got to be the crown jewel of drag in the Midwest.”

So says one of a slew of gender performers captured mid-hair spray and duct tape in a comprehensive and broad look at drag performance in Ohio. Burton’s doc Kings, Queens & In-Betweens follows two troupes – the Royal Renegades and the West Family – to capture a far more varied set of entertainers than you’re likely to find in another documentary on the same topic.

Regularly punctuated with fun and impressive performance clips, the film unveils more than the traditional bouffant and stiletto glory of the drag queen, introducing drag kings, transgender performers, and a full spectrum of subcategories within those broader performance types.

It’s an interesting direction to take, and one that opens up the conversation and likely shares new information with an audience who may not be familiar with the variety of performers in the drag world. It helps that Burton’s subjects are not just entertaining onstage, but open and generous in quieter moments as well.

Burton builds the documentary on the theme of separating concepts of sex, sexuality, and gender designation, which provides her film a bit of complexity missing in other docs on gender performance. Subjects’ sometimes surprising candor offers a compelling emotional weight, particularly when they discuss issues of safety.

All of which is grounded in what many would consider an unexpected setting. As one entertainer puts it:

“Columbus is this fantastic gay snow bubble in the middle of Ohio.”