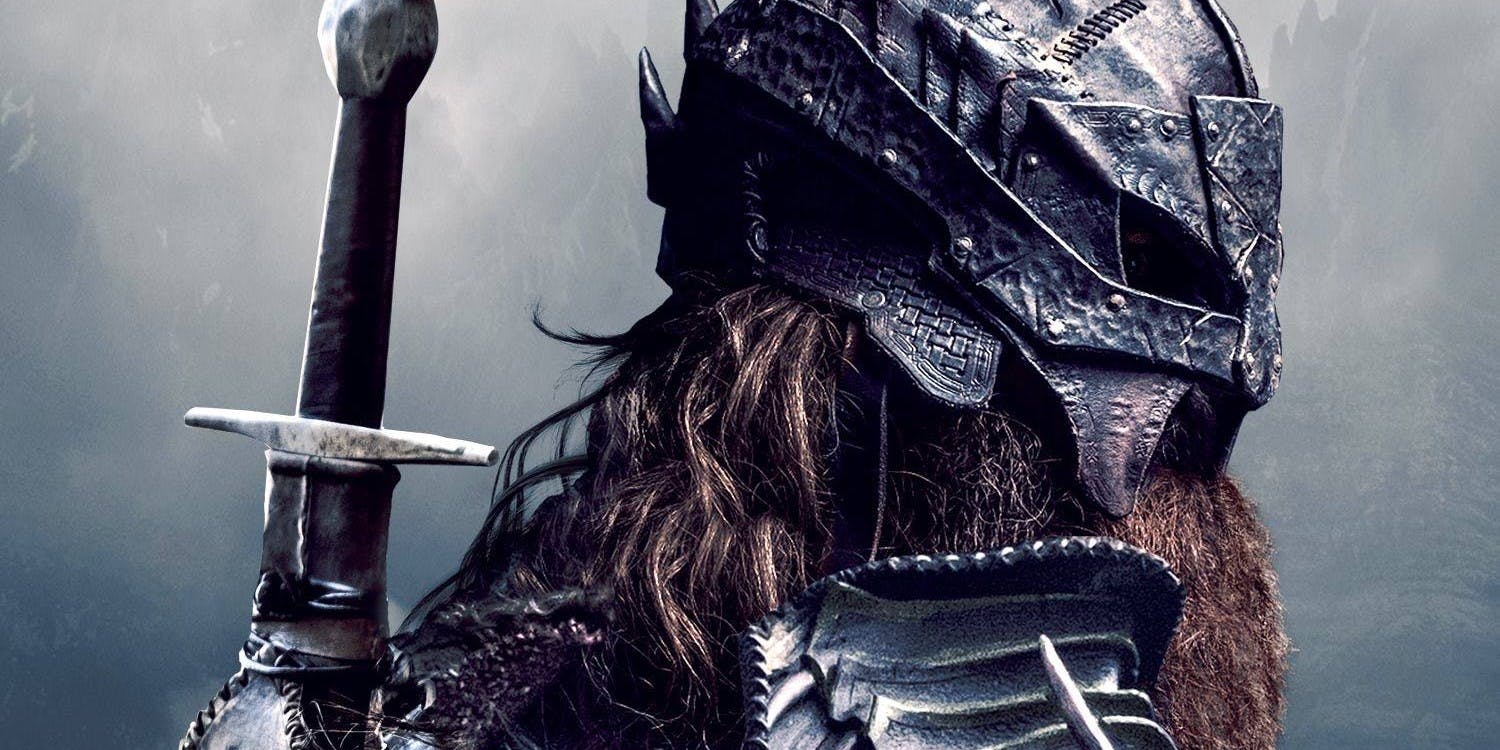 He answers the call of the trumpet. He fights monsters. He collects heads, which he spikes to the wall of his isolated cabin. The festering stench that must waft from this place!

The action takes place almost entirely off screen, which is clearly one way for Downey to keep costs down, but it does allow you to focus on a different part of the story. By denying viewers the release of battle victory, we get nothing but the anxiety of the preparations and the pain – physical and emotional – of the aftermath. A prime example of making your limitations work for you, Downey’s confident direction and strong storytelling instincts draw your attention not to the physical horror of battle but to the emotional horror of this existence.

Kevin Stewart’s cinematography gorgeously creates the mythical brutality of the land. Eric Wegener’s sound design is almost equally impressive, from the drip and splash of gore to the crackle of a flame to the clank of armor as well as the more ghastly, hypnotic sounds of the otherworld so savagely interrupting this one.

With so much to experience and so little to tell you what you’re seeing, the team effort is required and it pays off. It’s a far cry from the filmmaker’s most famous effort, 2009’s ThanksKilling (an annual seasonal indulgence for a small segment of us).

The only thing you’ll find in common between the two films is Downey’s inspired use of practical effects—another element that helps his bold and memorable effort stand out from the pack.