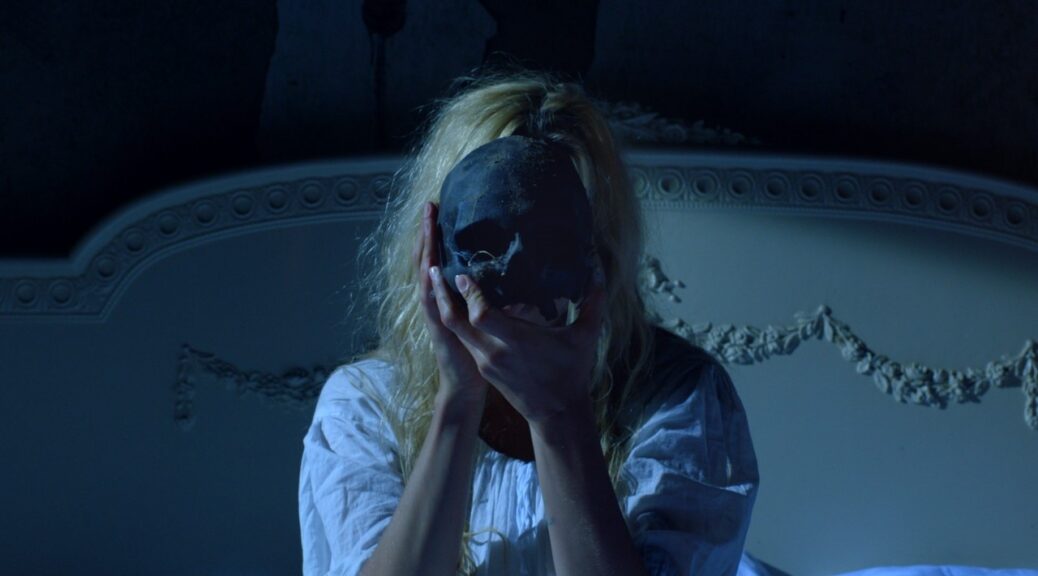 Dawn Breaks Behind the Eyes

After inheriting a large castle, Dieter (Frederik von Lüttichau) and Margot (Luisa Taraz) head into the European countryside to assess the property’s worth. As the couple explores the empty castle, they begin to experience visions of ghostly figures. After an unplanned overnight, Dieter and Margot find their relationship succumbing to the influence of the old structure.

The above description comprises no more than the first 30 minutes of Dawn Breaks Behind the Eyes. Going any further with story specifics would ruin the twists and turns the remaining 40 minutes will offer. Suffice to say, this isn’t your typical “Couple Explores Creepy Property They Unexpectedly Inherited” movie.

Austrian filmmaker Kevin Kopacka jumps headfirst into 60s/70s Euro-horror that’s heavy on mood and style and purposefully light on narrative throughlines. The gorgeous colors that dance through the castle sets are reminiscent of the stylings of Mario Bava and Argento’s work in Suspiria. The early emphasis on style never threatens to turn the movie into a substance-lacking nostalgia piece. Kopacka and co-writer Lili Villanyi have far too much on their minds for that to happen.

Even at a scant 75 minutes, Dawn Breaks Behind the Eyes manages to switch gears three or four times. What begins as a focused homage to Euro-horror ends as an examination of the creative process and delicate male egos. The themes aren’t subtle but through smart writing and beautiful visuals, they land with ease.

For a film that’s so heavy on ideas and atmosphere, it was quite shocking to see one particularly graphic moment. The overall lack of carnage in Dawn Breaks Behind the Eyes makes this moment even more impactful as it shocks the audience out of the certain level the filmmakers have developed. The guys in the audience will find themselves squirming an extraordinary amount.

With a clever script and some top-notch visuals, Dawn Breaks Behind the Eyes earns a spot as one of the more intriguing horror films of the year so far.