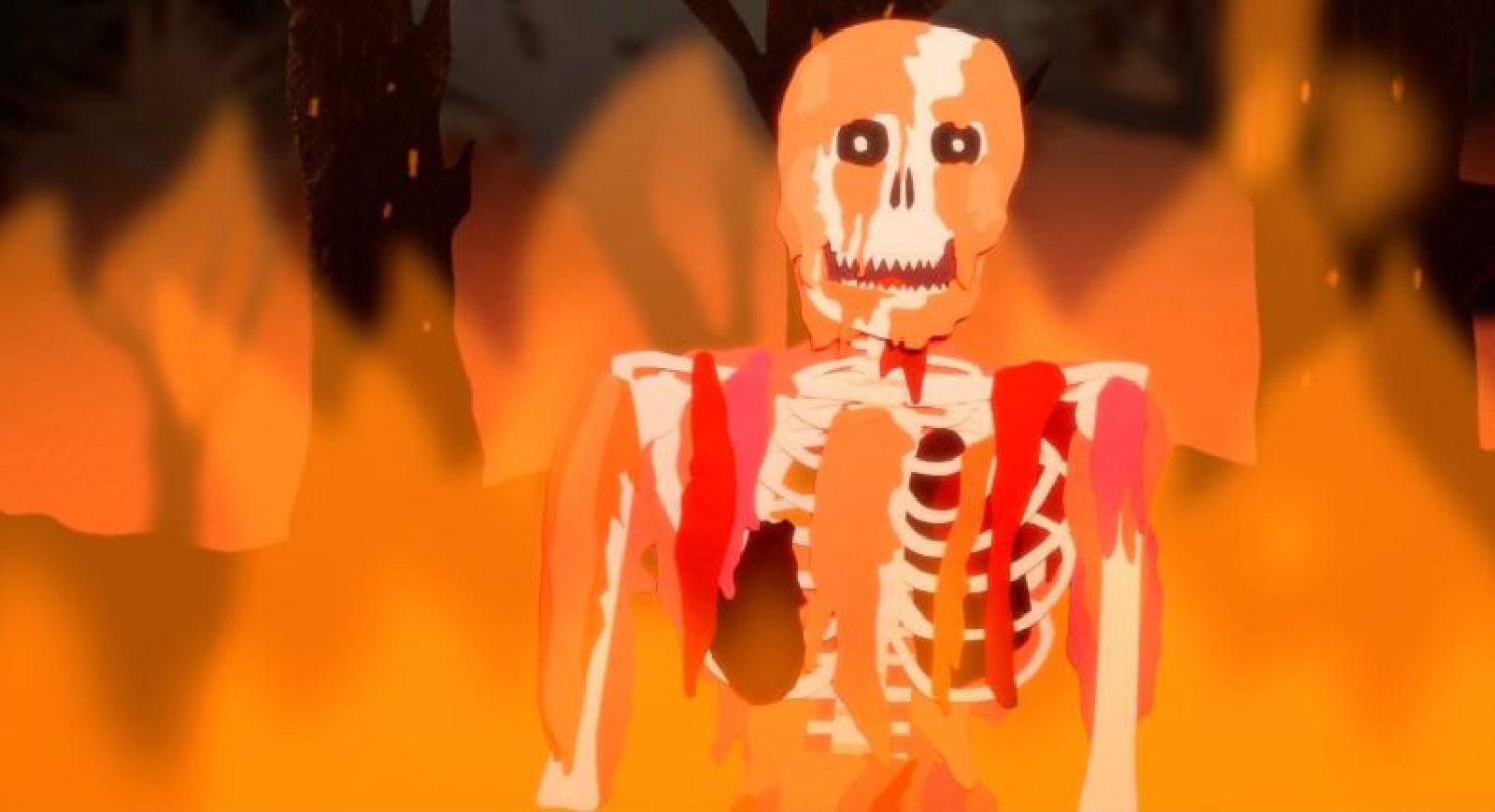 Attack of the Demons

Quick! Where were you in 1994? Were you listening to your Walkman and attending local shows? Maybe you were trying to catch classic films at your movie theatre. Or, could you have been haunting the arcade machine at the local diner? No matter where you were, you probably weren’t protecting your small town from a wave of horrific, mutating demons.

Natalie (Katie Maguire), Jeff (Andreas Petersen) and Kevin (Thomas Petersen) suddenly find themselves tasked with just that in Attack of the Demons.

The visual style of Attack of the Demons is undoubtably its greatest strength. Editor, cinematographer and director Eric Power defines his unique style with his second paper cut animated film. While comparisons to South Park are easy to make, what Powers does is way beyond that, with much more layered and complicated vignettes. The details are what really help Attack of the Demons pop, from arcade games to shadows.

Where low-budget indie horror often struggles, Power excels, thanks to his stylistic choices. Monsters and their grotesque transformations don’t look cheesy because they are done so consistently and well within the film’s aesthetic.

With low-budget often comes new talent, and Power’s vision is hampered by weak voice acting and recording quality from a host of new names. But it’s easy to let the cast’s uneasy delivery become a part of Attack of the Demons’ hand-done charm.

There are other weaknesses. Written by Andreas Peterson, the film struggles a bit with pacing, in both story and style. The script itself is a bit cheesy, with weak dialogue and a bevy of characters. If anything, though, this little piece of horror is simply subject to the same shortcomings as other bigger-budgeted films in the genre.

Overall, Attack of the Demons is fun and unlike anything I’ve quite seen. With grunge bands, arcade games, local diners, and a town carnival, it stands on its own while being an homage to all the nostalgia of horror.

If you’re not ready to let spooky season go, Attack of the Demons has a new look for familiar story beats and is sure to scratch your itch.