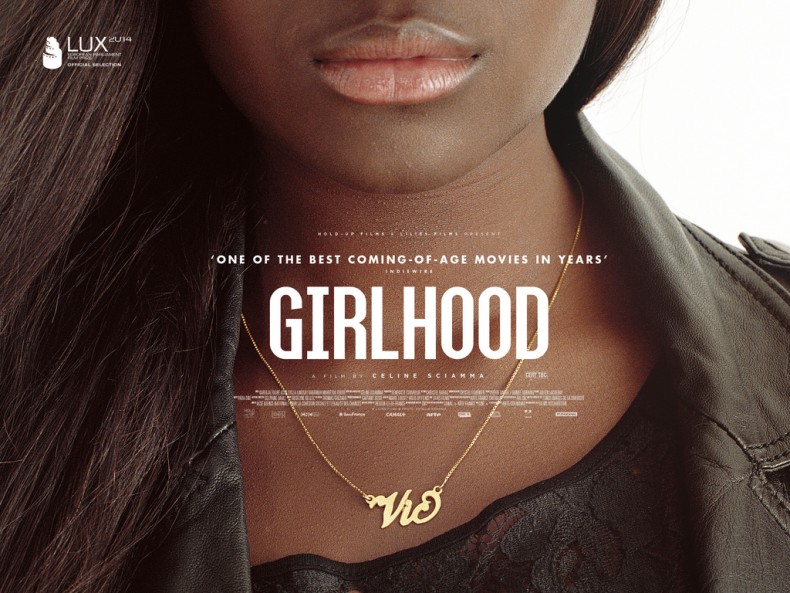 Moments after Girlhood’s perfectly disconcerting opening, you settle into the world of its protagonist, Marieme, but writer/director Celine Sciamma has already told you something very important. You shouldn’t assume anything.

Good girl Marieme sees one important door toward opportunity close. On the same day, she catches the eye of a trio of wilder girls and slowly she finds the joy in extending her adolescence and the power in solidarity and sisterhood.

Sciamma, thanks to a quietly powerful performance from Toure, represents more than just the bittersweet romance and nostalgia generally associated with the coming of age film. Saying goodbye to childhood is rarely as simple and lovely as movies make it out to be, and Sciamma’s interest is in seeing the same transition from an under represented point of view. The fact that this feels so fresh is itself an indictment. For Marieme, her choices are limited along racial, sexual and socioeconomic lines, but Sciamma’s perceptive film is too honest and understated to feel preachy.

Wisely, Sciamma disregards every filmmaking technique we’ve come to expect in a movie about a girl blossoming into womanhood. Her observant style, cast of amateur actors, and her own penetrating storytelling give the proceedings a quiet authenticity.

Like Sciamma’s previous films Tomboy and Water Lillies, Girlhood explores youth in crisis. She never judges her characters, and Toure’s ability to showcase her character’s humility and strength simultaneously ensure the audience’s empathy.

The storyline is necessarily untidy as Marieme takes on and casts off wildly different personas, illuminating the almost heartbreaking courage of youth. Regardless of the choices she makes from among the options limited by discrimination on almost every front, we must root for her fight for a life she can accept.