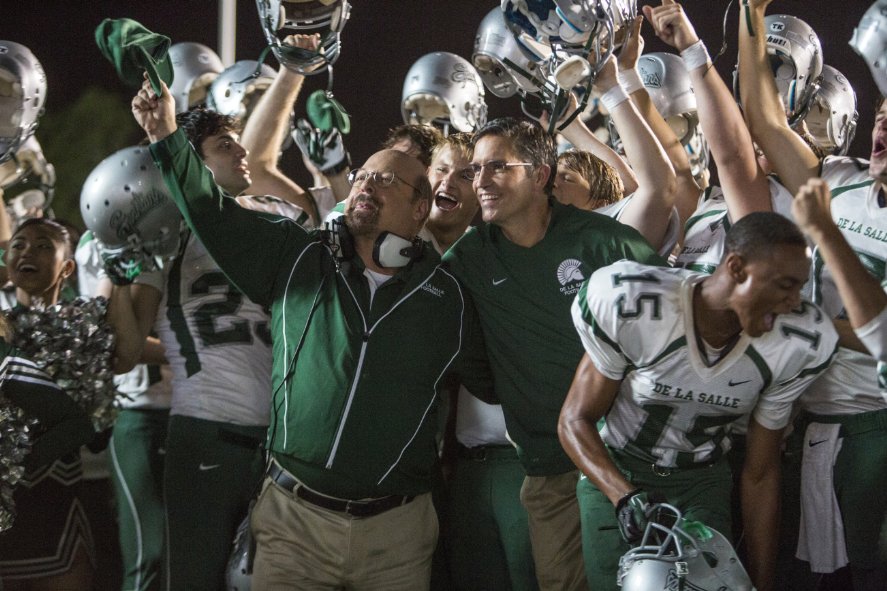 As nonsensical, potentially offensive and completely ridiculous as it is, Escape Plan does enough things right to render it more entertaining that you might expect.

Think of it as residing in the Face/Off neighborhood, where a film embraces its outlandishness so convincingly you eventually surrender under the weight of the escapist fun to be had.

Of course, that film had two of the all-time greatest hambones, John Travolta and Nicolas Cage, operating at maximus overacti. Escape Plan has Stallone and Schwarzenegger, two aging action stars trying to prove they still have box office juice.

To its credit, the film doesn’t even address the age factor, even though it is very easy to imagine stars such as Dwayne Johnson and Mark Wahlberg in the lead roles.

Sly is introduced as Ray Breslin, the leading expert in structural security. He routinely puts his skills to the test by assuming the identities of inmates in various prisons and then going full MacGuyver to expose security weaknesses by busting out with little more than toilet paper and a used carton of chocolate milk.

Breslin’s firm gets an outlandishly lucrative offer to test the limits of a…cough, cough…”off the grid,” black-ops type prison in an undisclosed location. Despite concerns from his co-workers, Breslin goes in, realizing almost immediately he’s been set up, and must enlist the help of a mysterious new friend on the inside (Arnold) to break out for reals.

Director Mikael Hafstrom (The Rite/Derailed) wisely chooses to keep matters focused on action and away from any cheesy attempts at tongue in cheek humor. Less successful are his depictions of Muslim inmates and scenes of enhanced interrogation.

Giving the film a “Blackwater” setting may have been an attempt by screenwriters Miles Chapman and Jason Keller to address a timely topic. Instead, they toss the dark realities of torture around so flippantly the film comes dangerously close to making light of the entire issue. Muslim stereotypes don’t help either.

Still, there’s action aplenty amid some clever twists, an effective supporting cast (Amy Ryan, Sam Neill, Vincent D’Onofrio and a surprisingly emotive Jim Caviezel), and Arnold, at least, seems to be having a blast getting back in the saddle.

Maybe they’re not too old for this shit.