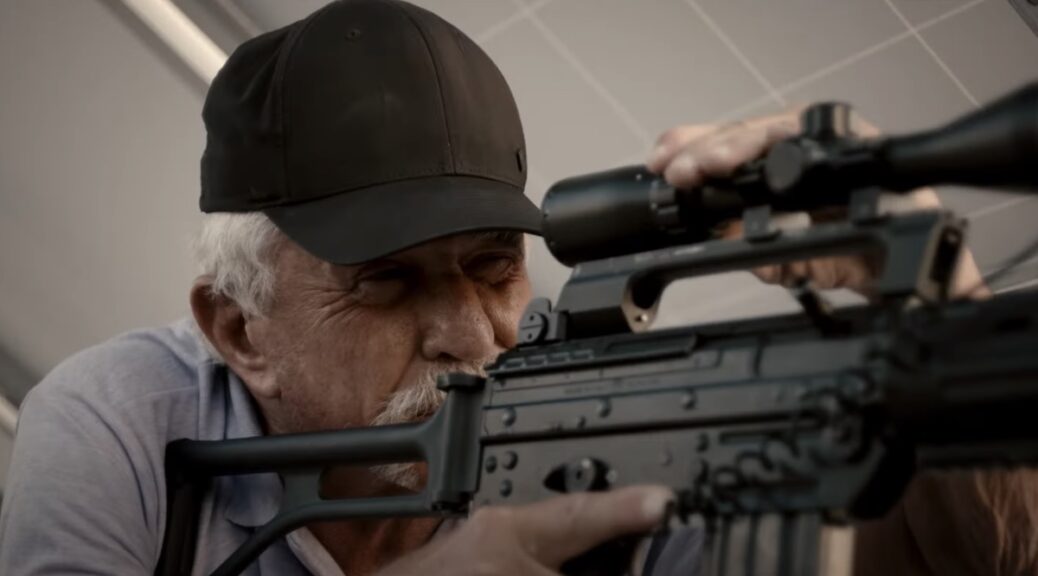 What do you get when you make an action film that combines Tom Berenger, Cam Gigandet, the director of The Gate, and a story by actor Michael Pare? You get an undercooked terrorism-themed actioner. You get Black Warrant.

The story follows two leads: Nick (Berenger) and Anthony (Gigandet). Nick is a long-since-retired CIA assassin that’s been pulled back into the field to take out three high-profile targets in Tijuana, Mexico. Anthony is a seasoned DEA agent following a trail of breadcrumbs toward the same sinister folks in the wake of a bust gone bad.

If you’re thinking the two are eventually going to come together to take out their mutual enemies, you’re right. If you’re thinking that the film also holds a really big & silly twist, you’re also right. This is bog-standard, trope-filled stuff that is content to never rock the boat throughout on a narrative level. You’ve seen this before and you’ve seen it done better.

The good news is that, even after 20 years of working in DTV action, Tom Berenger still isn’t phoning it in. He gives Nick doses of humanity that you don’t often see in films of this type. He manages to be charming enough in the role that one doesn’t mind as much that he’s clearly too old to be playing it. One would assume that an earlier version of the project was meant to star the aforementioned Pare instead. Given that he’s a decade younger than Berenger, he might have been a better fit on an action level, although perhaps not a performance one.

Gigandet is equally engaging as Anthony, giving the film another performance that it doesn’t really deserve. The movie also gets an extra bit of swagger in the form of a cameoing Jeff Fahey. The cherry on top, however, is Helena Haro as female lead Mina. A chef pulled into the middle of all of this insanity, she is the shining beacon of light at the center of this otherwise lackluster affair. Haro is beaming with excitement and charm in almost every scene. She’s a breath of fresh air and her chemistry with Gigandet somehow manages to make their poorly-sketched romance work.

If it weren’t for the cast, the writing and pacing issues would utterly sink this. Black Warrant may not be a terrible film, but everyone involved has done better work elsewhere. DTV action die hards might find things to like, but all others should steer clear. 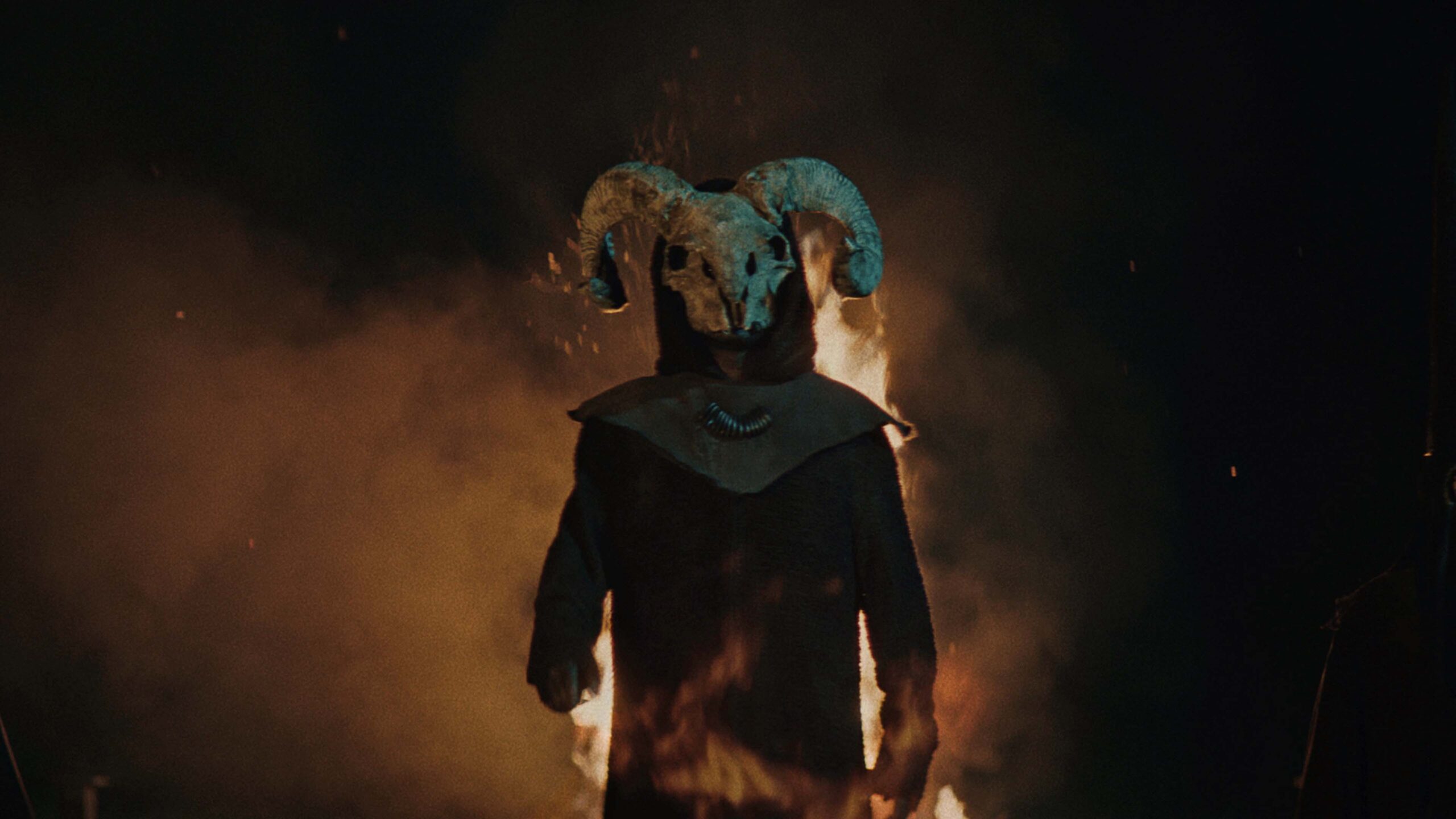 Writer/director Rich Ragsdale clearly has a fondness for horror. His feature, The Long Night, is chock full of the genre’s greatest hits: a couple alone in a farmhouse, robed assailants, ample gore and moody music. What The Long Night may lack in originality, it more than makes up for in execution.

Grace (Scout Taylor-Compton of Rob Zombie’s Halloween & Halloween 2) and her boyfriend, Jack (Nolan Gerard Funk of The Flight Attendant), travel to the deep south to try and unravel the mystery of Grace’s parents. Grace never knew them and a man she’s made contact with claims to have answers.

Once Grace and Jack arrive at the isolated farmhouse, they find themselves under siege by a sadistic cult and its maniacal leader (Deborah Unger of The Game and Cronenberg’s Crash).

A story like the one in The Long Night could’ve gone tongue-in-cheek and still delivered something mildly entertaining. However, Ragsdale has something a little more classy on his mind, and the result is a film much more methodical and patient. There’s no real rush to overdue the slow reveal around the film’s core mystery. Ragsdale and co-writer Mark Young twist every little bit of tension out of Grace and Jack’s experience throughout the night.

The film’s visual approach is just as patient and measured. Ragsdale keeps his camera locked down – rarely going handheld, even during the film’s more chaotic scenes. The stillness of the cinematography only adds to the unease.

The haunting score by Sherri Chung is a standout in an already aesthetically pleasing film. Chung delivers a gothic score that is modern yet wouldn’t feel entirely out of place in a classic Hammer film.

Next to the fan-fiction level scripts, Rob Zombie’s Halloween movies also get routinely beat up in the acting department. One of the few actors to make it out of those films relatively unscathed was Scout Taylor-Compton. Now well over a decade removed from Zombie’s Halloween 2, Taylor-Compton gives a grounded portrayal as Grace. This isn’t a character with a ton of nuance, but Taylor-Compton instills her with a sense of relatability. She’s “Every Girl U.S.A.” without the overall blandness.

Character actor royalty Jeff Fahey shows up for a criminally short part halfway through the film. Fahey’s genre bonafides are strong with Grindhouse, Machete, TV’s Lost and the underrated Psycho III. Fahey’s role doesn’t add much to the film other than a fun bit of “Hey, it’s that guy!” from the audience, but any Fahey is good Fahey in my book.

The Long Night isn’t likely to end up on any “Best Of” lists at the end of the year. It is, however, a fun way to spend a Friday night.