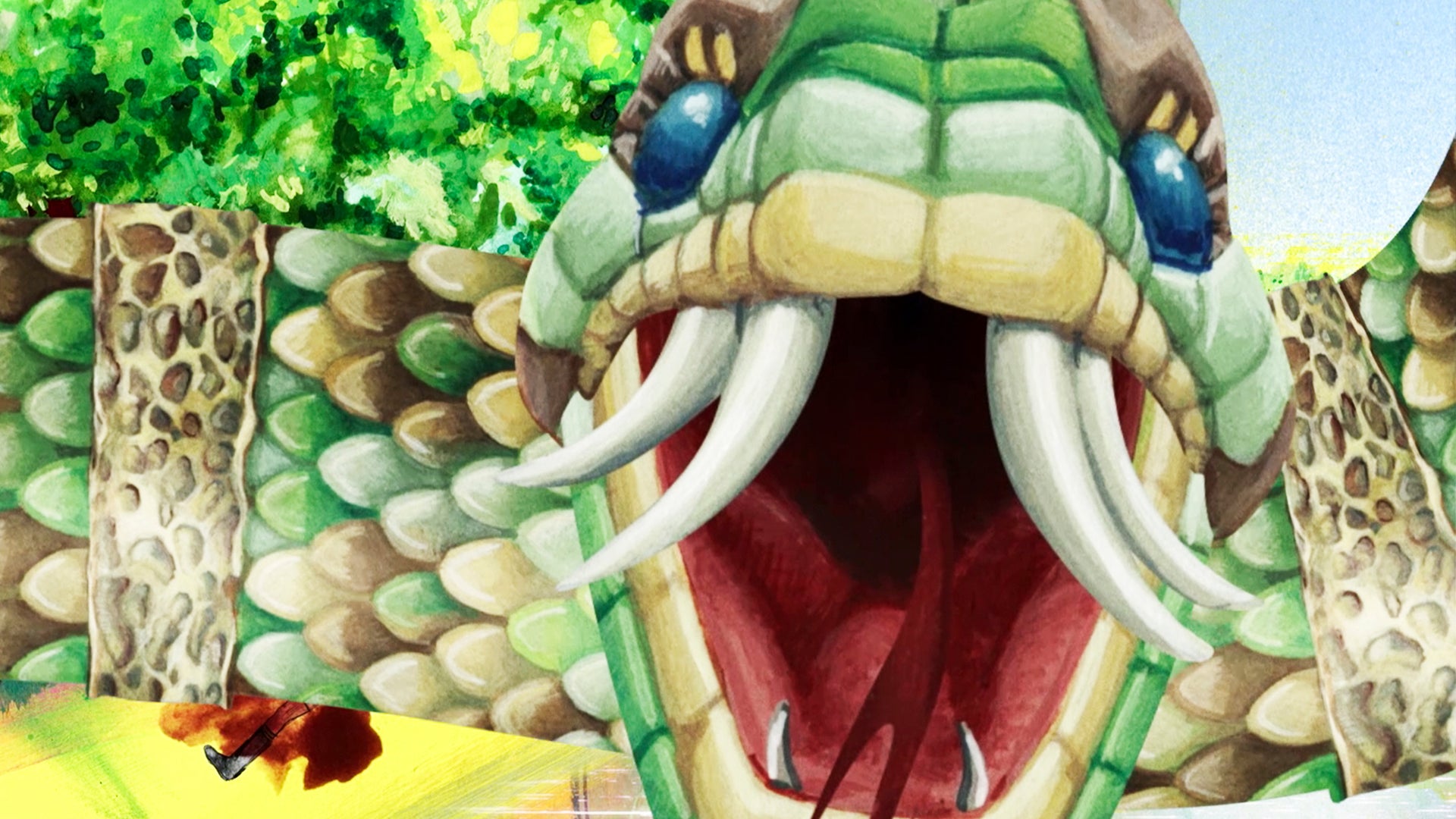 Harder even than finding a cryptid these days might be getting to see a new animated feature meant for adults. Cryptozoo, the latest from comic book artist Dash Shaw and animator Jane Samborski, is compelling proof of how vital it is that we still do—rare as these sightings get.

Not that there’s anything wrong with the many excellent animated options we do get, all with the requisite PG+ jokes to keep parents occupied and weepy climaxes that make you realize a matinee out with the family has turned into at least three future therapy sessions for a child 20 years into the future. But it’s refreshing to get a chance to see lushly textured, hand-drawn animal work go toward interrogating society just a little more than something like “stereotypes are bad.”

Cryptozoo kicks off as an Indiana Jones-style adventure with a mythical twist. Lauren Grey (Lake Bell), trained veterinarian and globetrotting cryptid hunter, tracks down these strange creatures and offers them a place in a protected zoo where they can safely interact with the public as well as their own kind.

Not all cryptids are humanoid, though—you try explaining “Jurassic Park but with sasquatch” to a kraken—and so the zoo’s population is a mix of humanely captured exhibits and fully sentient magical creatures who just want to live and love and go about their daily lives without fear of persecution or worse from their human neighbors.

The “worse” comes in the form of Nicholas (Thomas Jay Ryan), a mercenary ex-military tracker who hunts down cryptids to sell to governments as living weapons. When Nicholas and Lauren go after the same beast (a dream-eating baku), Lauren must partner up with Phoebe (Angeliki Papoulia), whose point of view on coexistence as a gorgon leads Lauren to slowly question her lifelong pursuit and recoil from the stinging indictment of liberalism and capitalism.

If that sounds like a drag, Shaw’s script—and especially the meticulous drawings and whimsical details on each cryptid—keep it buoyant. The result is an ambitious animated feature where the medium fits the message. This is a bestiary with real bite, mapping out a world where good intentions can still come to a bad end, and that can be the most important moral to learn.