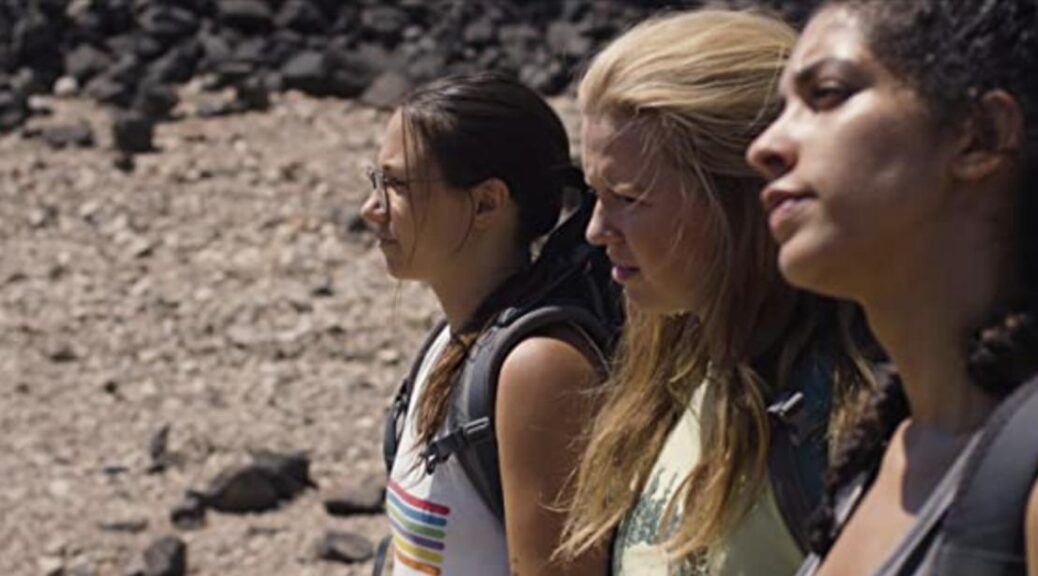 It’s a classic setup: three girls, an annual camping trip, a sadistic killer. Reminiscent of an 80’s horror flick, the antagonistic stalker is set on making girls pay for the crime of being female. With the added stomach-turning twist of the dark web community, director James Rich’s Follower establishes itself within the modern-day horror genre.

Early in the film, the promise of an interactive experience is teased. Subsequently, within the first scenes, the audience is prompted to follow “Heather’s” real Instagram page. While a fun moment, it can only be defined as that- a moment.

The interactive portion is forgotten until midway through, when the audience is encouraged to follow the killer’s page. With that, the interactive portion is complete. Ultimately, there was a heightened expectation for interactivity to be a prevalent part of the narrative fabric. The inclusion of the Instagrams with no correlation to the plot, though interesting in theory, was a disappointment in practice.

In a genre plagued by inauthentic and uneven performances, this indie horror shows shimmers of talent- specifically in leading ladies Revell Carpenter and Molly Leach. While it did take the characters a moment to ground themselves, once they achieved steadiness a natural buoyancy emerged.

Even with these breakthrough examples, many performances left something to be desired.  It’s not uncommon to see actors derailed by the unevenness of their co-stars. Carpenter and Leach never fell victim to this – just the opposite. Whether subconscious or intended, they heightened their performances in response.

The film prides itself on women taking back the narrative from patriarchal horror films of the past. Whenever watching films that put the onus on the victims to reclaim their power, there is always the underlying hope that vengeance will somehow be inflicted tenfold.

This is not only to claim revenge for the protagonists but justice for every bikini-clad teen who wasn’t given a chance in your favorite slasher flick. Follower fell short in this regard, not quite able to break the skin of what makes female vengeance so unique and deserved.

Though set with a postmodern twist, Follower feels like a relic of horror movies past.