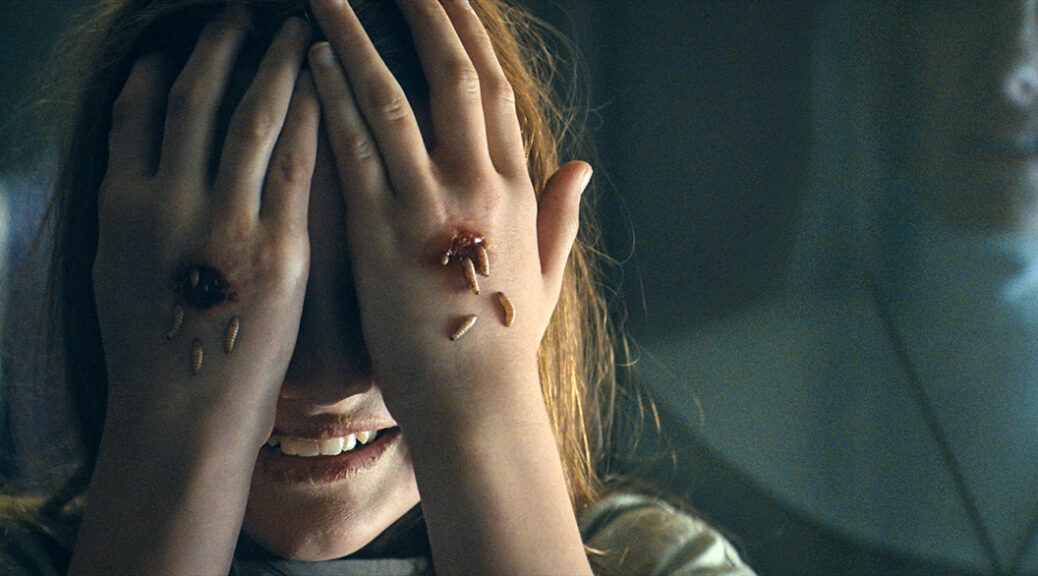 Prey for the Devil

Shame preys on Catholic girls. It’s guilt that does us in. Just when you think there can be no new or relevant approach to exorcism horror, director Daniel Stamm picks that scab.

Jacqueline Byers is Sister Ann, and she wants to be an exorcist. She attends to patients/inmates/victims as a nurse in a prestigious, centuries-old facility for exorcism in Boston. She also sneaks into classes where no woman is welcome, until Father Quinn (Colin Salmon) notices her unusual connection to some of the afflicted.

Is the church ready for a little feminism?

Prey for the Devil scores points in understated ways. Virginia Madsen’s psychologist dismisses the rite and believes Ann suffers from unresolved trauma. This is treated as something to consider rather than as a narrative device representing good or evil. In the world created by writers Robert Zappia, Todd R. Jones and Earl Richey Jones, science and religion are equally helpful and problematic. It’s often fascinating the way the film respects and undermines simultaneously.

On the whole, exorcism films fall into two categories. One: religion is fake and Catholicism, in particular, is so steeped in misdeeds and debauchery that it may as well kneel to Satan. Two: faith is the only hope. Prey for the Devil suggests a more nuanced approach.

The film’s strengths are its moments of outright feminism because they feel informed rather than flippant. They’re also a bit muted by an acceptance of the “working from within the system” failure.

The other failure is the horror itself, and Stamm should know better. His 2008 gem The Last Exorcism is a standout in the sub-genre (and one of the welcome features where there’s nary a priest on the screen). The horror was inventive, primal and it packed an emotional punch.

A PG13 film, Prey for the Devil suffers from lack of imagination. If you’ve seen one crab walk you’ve seen them all, and Stamm doesn’t deliver a single unique moment of horror in 93 minutes.

But he knows that nothing takes down a Catholic girl faster than a lifetime of guilt and shame. That metaphor fits a tale of an irredeemable soul better than any I’ve seen, and a little slap of feminism is probably the only thing that can help.