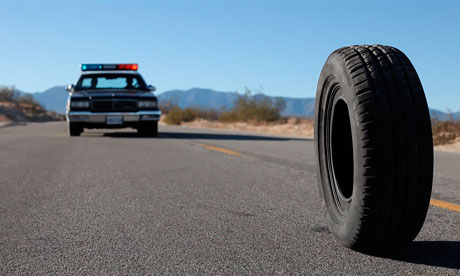 A gleaming gem of overt originality shines among the big budget, high concept releases this week. Filmmaker/madman Quentin Dupieux’s Wrong takes you places in search of existential understanding, and also Dolph Springer’s dog Paul. Columbus-born Jack Plotnick soars with deadpan humor and humanity as the dog lover at the center of this genuinely bizarre but forever fresh and fascinating piece of absurdism.

If Wrong suits your taste, by all means give Dupieux’s 2010 classic Rubber a chance. The film tells the tale of telepathic serial killer Robert, a Goodyear tire. Need we say more? We will, but only enough to let you know that despite the silliness, the film is never stupid, as Dupieux wittily examines the relationship between art and audience. 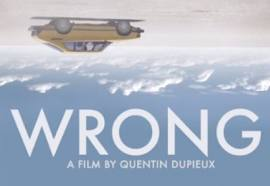 Quentin Dupieux’s feature film debut Rubber offered a character study, of sorts. The film took the point of view of a discarded car tire on a murderous rampage.

How might he find him? Perhaps with the help of a machine that reads the memories of dog shit.

The important thing to understand is that you’re not likely to understand what’s going on, and that’s OK. Dupieux does. Everything in every shot has been expertly placed to heighten both the sense of suburban familiarity as well as the feeling that all things here are askew.

It’s this level of utterly nonsensical lived-in logic that elevates Wrong far above spoof or satire, to a true place of artful absurdism.

Plotnick, as the audience’s vehicle through this madness, strikes the perfect balance between the regular Joe baffled by the insanity around him, and a willing participant. His understated, tender performance allows the weirdness to blossom around him without overtaking the character. He just wants to find his dog, dammit, and therefore, we do, too. Oh, Paul!

Not every piece of lunacy works. A love interest side story begins brilliantly, but as the tale spins onward, it creates an separate, less interesting but equally nonsensical narrative. One of these wildly spinning yarns is enough to keep track of, and Dolph and his dog are far more intriguing than not-Dolph and his girlfriend and that guy that keeps half painting cars.

Misfires aside, some elements (the opening sequence, in particular) are genius. Most of the characters – especially one cop character, played with fantastic zeal by Mark Burnham – are endlessly fascinating and could conceivably carry a film all their own. (Indeed, the spinoff Wrong Cops, starring Burnham, is Dupieux’s next film to be released.)

But there is no denying the enigmatic pull of this film. It’s as beautiful as it is odd, and Plotnick’s carries the lunacy so beautifully that you can’t look away.

The film may not suit everybody’s taste. It’s a comedy, and a funny one, but it casts a spell more than it tells a tale.  Still, there are absolutely no other films out there like those being made by Quentin Dupieux, which is reason enough to give Wrong a try.