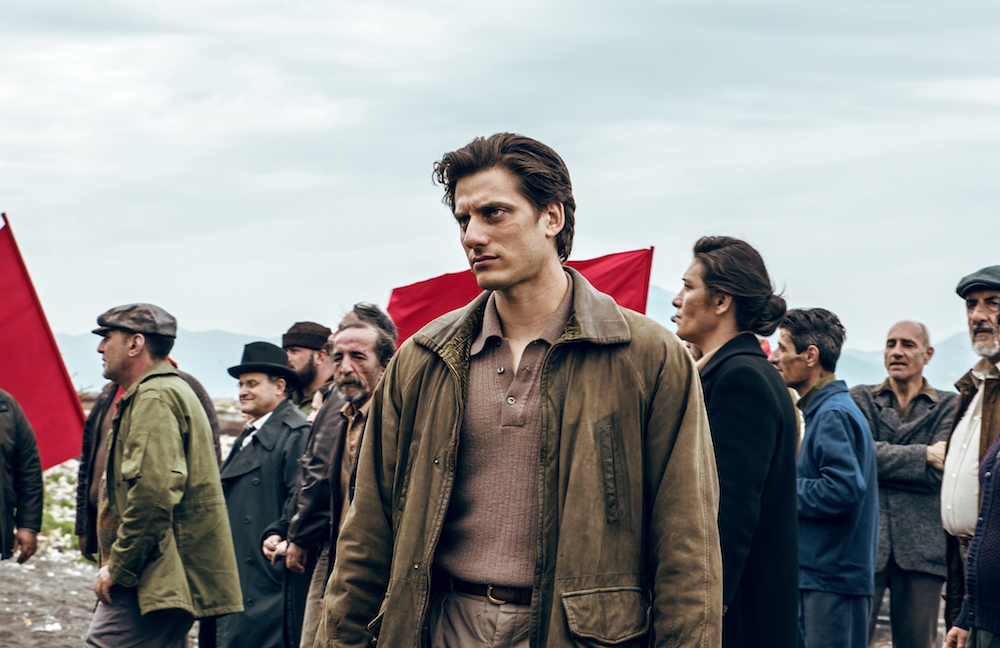 “The world is stronger than me.”

An avowed Socialist, London’s 9th novel—written long after the working class author had found financial and social success that didn’t sit well with him—trails a penniless young man named Martin. He falls for the beautiful, wealthy Elena (Jessica Cressy) and works to become something worthy of her love.

Luca Martinelli, who was so empathetic and wonderful in The Old Guard, astonishes as the tragic hero. All roiling passion and resentment, Martinelli’s is a magnetic screen presence.

At first undeniably charming in his sincerity and eagerness, the bruises begin to show as Martin is knocked about by a class of people loath to accept him, and by his own blooming understanding of the bourgeoisie’s cultural and intellectual limitations.

More pointedly, Marcello echoes London’s sentiment on organized education as an insidious tool of subjugation. The film’s final position on socialism, capitalism, individualism and liberalism is more of a moving target.

Adding to the film’s vagueness is its repurposed setting: Naples of no clear time period. Based on clothing, cars, transportation, and scene the time period could be anywhere from the 40s to the 70s. An abrupt third act time jump—although only Martin seems to have aged—creates an even more ambiguous tone that doesn’t really benefit a film that can’t entirely nail down its political point.

Still, Marcello’s vision is vintage and gorgeous, thanks to Francesco Di Giacomo’s 16mm cinematography. Between the dreamy look, Marcello’s cut-aways to home movie style footage evocative of his own documentaries, and Martinelli’s arresting performance, the film develops an atmosphere more than a point. The film settles finally on a character study—a writer who seeks only to channel the world and destroys himself in the process.

It’s hardly an uncommon cinematic concept, but thanks to a beautiful picture and a stunning central performance, it still commands attention.