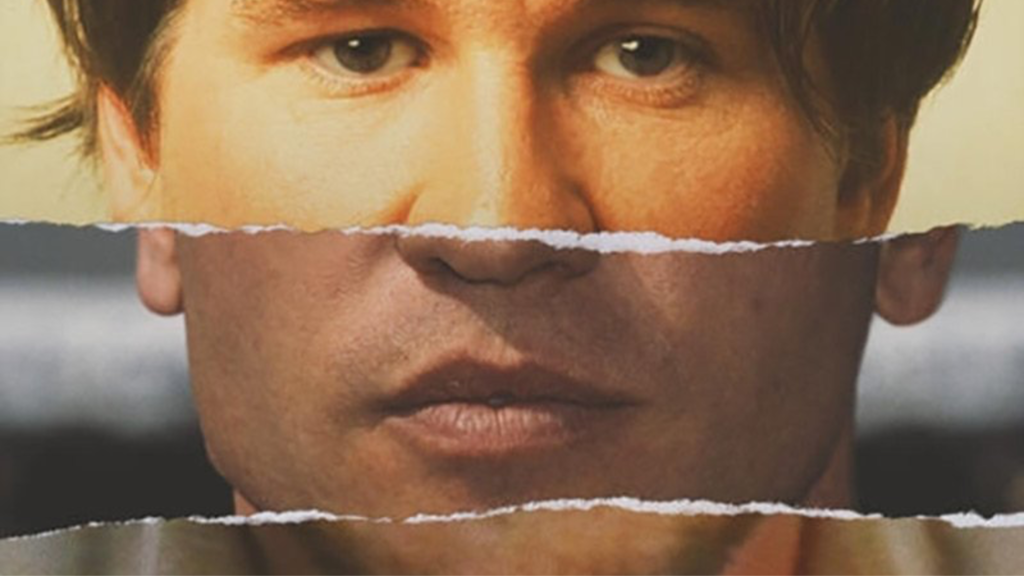 Raise your hand if you’ve ever had a crush on Val Kilmer.

I can’t be the only one.

Eighties heartthrob turned Hollywood prick turned reliable character actor turned working actor turned Mark Twain, Kilmer has seen his ups and downs. The thing is, he recorded all of them, too. And now directors Ting Poo and Leo Scott—both primarily known as editors—piece together material from the thousands of hours of video Kilmer has compiled in his 40-odd years in the industry.

The result oscillates between self-indulgence and raw nerve, but it’s never less than intriguing.

Yes, there are behind-the-scenes moments from Top Gun, pieces from the contentious Island of Dr. Moreau set, Batman Forever clips and bits of Doors footage. But the film is most relevant when Kilmer interacts with his son Jack, who also narrates from pages written by his dad.

Kilmer can’t do his own voiceover because of his fight with throat cancer, which left him with a tracheostomy that makes speech difficult. The battle has taken a lot out of him physically in much the way different battles throughout his career has taken a lot out of him financially. Poo, Scott and Kilmer never hide those battle scars, and yet their film never feels exploitative or reality TV-esque.

Much of that has to do with Kilmer’s indominable spirit and generous nature. Though a costly divorce and what amounts to fraud perpetrated by his own father left Kilmer strapped for cash, his outlook on both his ex-wife and his dad are entirely positive. And what he has to say about selling autographs to pay his bills becomes perhaps the most moving moment in a fairly emotional film.

At just under two hours the film seems a tad long. There are times when Val feels self-indulgent, but how could it not? We’re here to watch the actor come back then come back again then, dressed as Mark Twain for his shockingly successful one-man show Citizen Twain, make yet another comeback.

In Val, Jack Kilmer quotes his father quoting Twain: Don’t part with your illusions. When they are gone you may still exist, but you have ceased to live. It’s an apt metaphor for a documentary about life and acting, and a springboard for another surprising comeback.