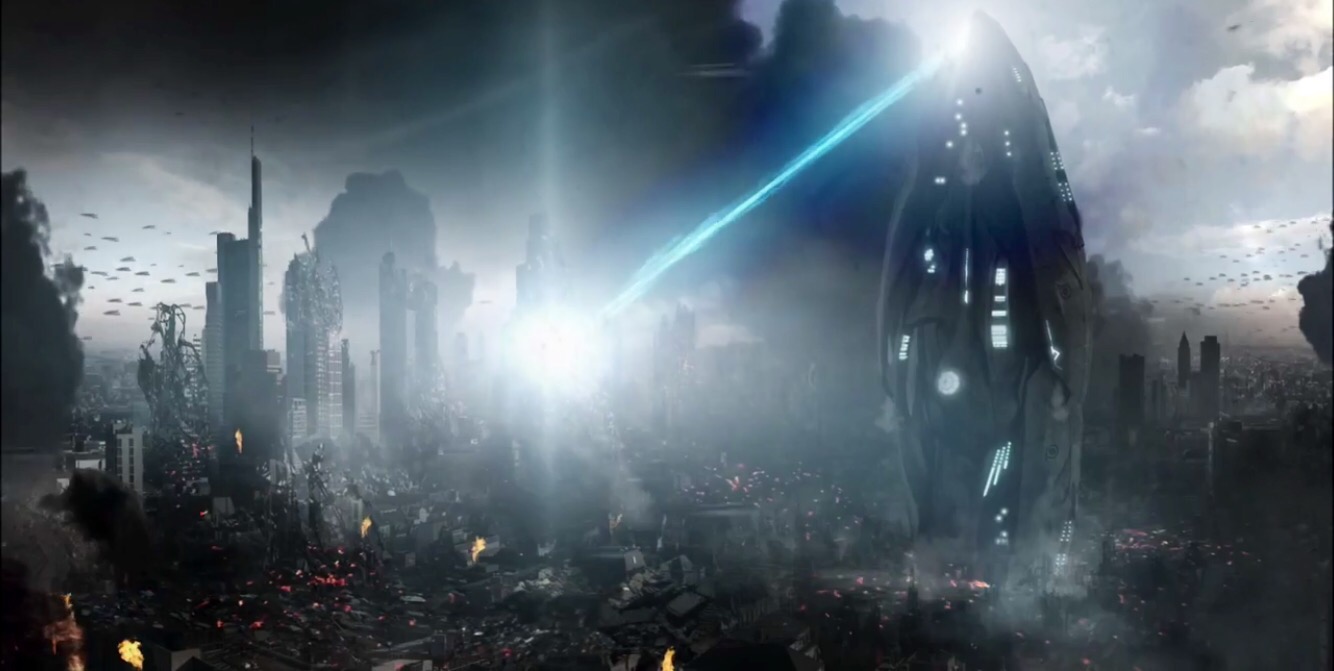 A dozen years after the world defeated an alien invasion, sending their mother ship back to the heavens in retreat, a handful of surviving aliens – “heavies” – are still holed up here and there around the world. The global military force established outposts to eliminate the remainders. We journey with a documentary crew – Oh, God, another found footage movie about aliens? Seriously? How many low budget found footage genre films must we endure?

Sorry. The documentarians of Alien Outpost embed with three reinforcements sent to Outpost 37, sandwiched between Afghanistan and Pakistan. And though inter-human combat ceased when the aliens arrived more than a decade ago, the locals are suddenly armed and skittish. What gives?

It’s a recipe for disaster, truth be told, and I don’t just mean for the documentarians. But truth be told, director/co-writer Jabbar Raisani knows how to make the most of his tight budget.

No, there is no integrity to the found footage angle, but he doesn’t draw enough attention to the gimmick to make it unbearable. He spent some cash on a helicopter sequence and a handful of explosions and made up for it with low rent sets, cinematography, and unknown actors. The verite style of the faux-documentary helps obscure some of the weaker sets, and the storytelling gives fresh enough twists to genre clichés to keep you from nodding off.

The film’s real spark comes by way of Raisani’s background in FX. The aliens on the ground are impressive and the battle carnage is believable.

While none of the acting is worth a note home, none of it embarrasses anybody, either.

Alien Outpost won’t leave you breathless, but Raisani invests well, pouring attention and cash in the right places, keeping the pace and story tight, and getting us in and out before we lose interest. As low budget, independent genre filmmaking goes, this is as solid as they come.