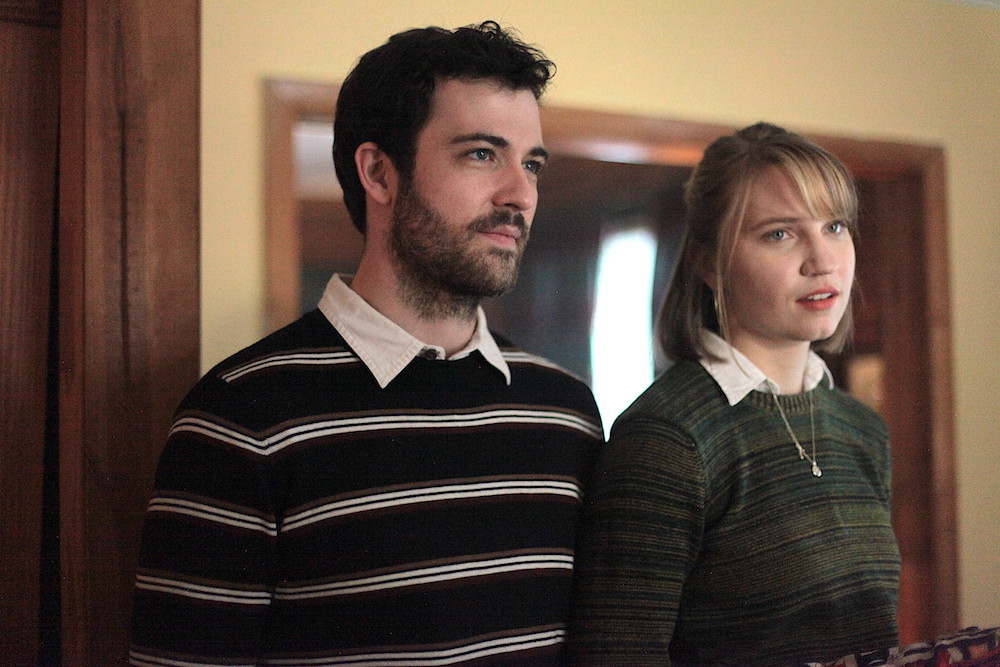 Hidden away at a family cabin, Sam (Jenny Lester) has plans to work on her dissertation when she’s interrupted by her brother, Eli (Britt Michael Gordon), who shows up to check on her. It’s obvious from the beginning Sam is using her dissertation as an excuse to hide. In the midst of a rape trial, Sam mentions to Eli she might have dropped the charges against her rapist. Eli’s reaction is to call Sam’s group of friends to the cabin to stage an intervention disguised as a Friendsgiving celebration.

Written by Lester, and directed by Amy Northup, What She Said takes a hard look at the far-reaching devastation of rape.

Sam’s life is in chaos following her assault and the ongoing trial. When her friends, including sister (Paige Berkovitz) and sister-in-law (Juliana Jurenas), show up to help convince her to go through with the trail, Sam is angry and reluctant to accept their interference. Into the midst of this chaotic situation, friend Ruthy (Lucas Calzada) arrives, surprised to find the cabin full of people.

The friend relationships play the biggest role in the movie. Each character has their own way of dealing with what happened to Sam. Some of these characters are more fleshed out than others, but even the characters with more depth at times fall into stereotype.

Because he’s an outsider to the group, Ruthy asks questions that help us understand the character dynamic within Sam’s group. These scenes provide heavy-handed context rather than letting the character interactions speak to the larger relationships.

Ruthy also advocates for Sam when her friends and family don’t, or can’t, understand her choices. This is where the character is best utilized, reminding those who want to help Sam that the best way they can to that is to let her make her own decisions. However, his quips at the end of arguments make you wonder why the others don’t throw him out.

What She Said is not a perfect film, but it tackles a serious issue in both unexpected and important ways. How a family reacts can often leave a woman feeling further disempowered (this is best exemplified in a scene with Sam’s mom), but it also highlights the importance of a support group free of judgment. Sam opens up to Ruthy because he provides that kind of support. It’s a lesson worth learning.