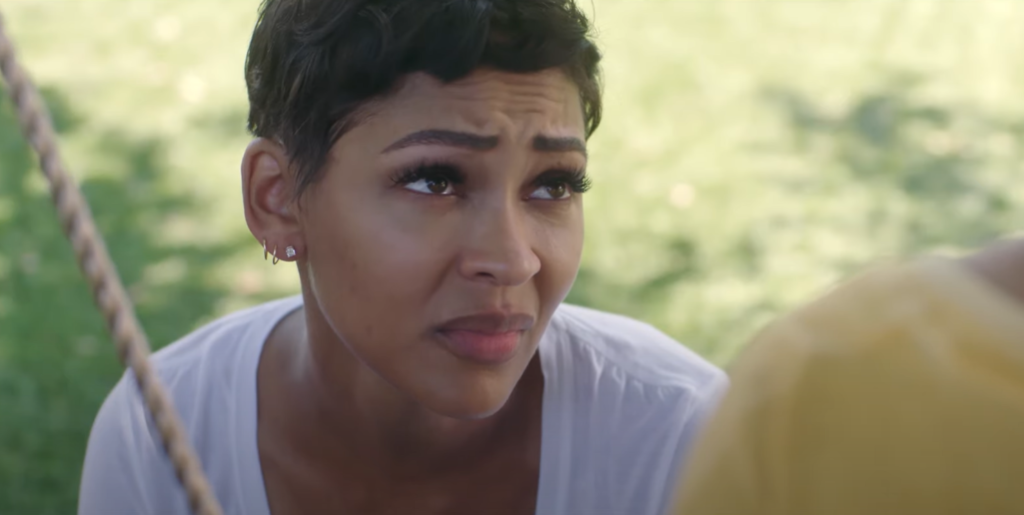 If Not Now, When?

Meagan Good and Tamara Bass have essentially grown up before our eyes. Mainly taking supporting roles in films and TV, the veterans have been fairly consistent presences since the Nineties.

For their latest, they create their own roles and their own stories. If Not Now, When?—written by Bass and co-directed by the duo—chronicles the lives of four high school besties facing their thirties and wondering what went wrong.

Good and Bass co-star as, respectively, a professional facing her addiction problem and a nurse unwilling to hope for a family of her own. They’re joined by Mekia Cox as a football star’s unhappily pregnant wife, and, most impressively, Meagan Holder as a mother torn between family and ambition.

The four have a fairly solid chemistry, with Holder bringing a mellow, peacemaker vibe that diffuses much of the melodrama the film flirts with. A solid supporting cast—Edwin Hodge is especially strong as a love interest—help give each character’s personal story some needed depth and interest.

Bass’s script is too often superficial, creating moments for each star to shine, but those moments invariably feel unearned. Without weightier or more believable interior lives and conflicts, flashes of heartbreak or breakthrough come off as little more than fodder for an acting reel. They rarely feel like honest moments in a character’s life.

If Not Now, When? does a lot right, too. The pacing of each character’s arc is different, so the excitement and poignant moments are staggered—more like real life. We don’t all hit our own personal highs and lows simultaneously (thank God), and neither should these characters. The cadence not only lends some needed authenticity, but it gives the film a slight irregularity in its structure, which keeps it from feeling formulaic or predictable.

In keeping with that thread of authenticity, Bass wisely avoids closing each individual story with tidy precision. Will she or won’t she? And how will that turn out for her? The questions are rarely answered with any real finality, and that emphasizes the film’s point, which is not how each one is doing individually. Bass and Good are more interested in exploring how they do together.