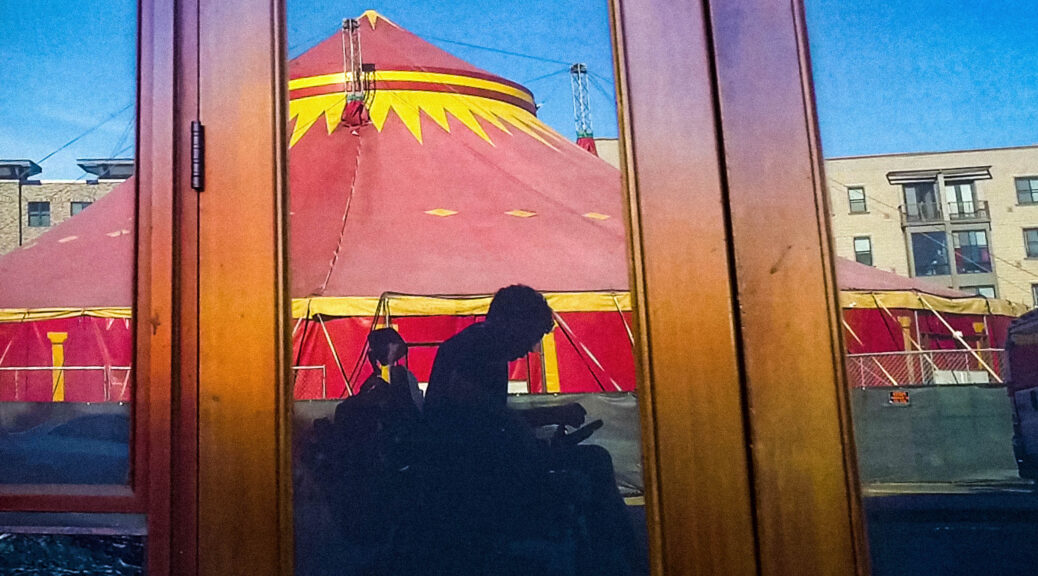 I Didn’t See You There

Early on in the documentary I Didn’t See You There, filmmaker Reid Davenport says that his new camera allows him to look for shapes and patterns in a way that wasn’t possible when he wasn’t the one physically filming his movies. Davenport succeeds, wildly—and the end result is so poetic, bracing and beautiful that it’s more than a bit of an understatement.

I Didn’t See You There is shot entirely from Davenport’s perspective. Often this is from his wheelchair, with unbroken shots on the streets of Oakland, California, that start to take on their own captivating rhythm. At least until Davenport is nearly taken out by inattentive drivers or forced to stop at a blocked crosswalk.

It’s a deeply personal and unabashedly political film. As Davenport shows, what other choice is there? Every public act, from taking the bus to using the ramp to get into one’s own home, becomes a negotiation with (at best) apathetic parties.

The presence of a circus tent in his neighborhood becomes a jumping-off point for Davenport to tie in the cultural history of the freak show and this country’s treatment of people with disabilities. It’s a connection Davenport can’t avoid—during a trip back east to his family, he points out that he shares a birthplace with P.T. Barnum.

At the same time, Davenport interrogates this throughout the film, his intimate filmmaking and perspective on the environment turn the personal documentary into a visually stunning meditation on the connections we have to our built environments.

Davenport’s eye calls attention to every bump in the street, or shrub encroaching on the sidewalk—there’s a fresh beauty to the tessellated patterns of urban design that he uncovers, and a hostility always there beneath the surface.

I Didn’t See You There presents an undeniably unique perspective. But it also feels impossible to view one’s own environment the same way afterward.