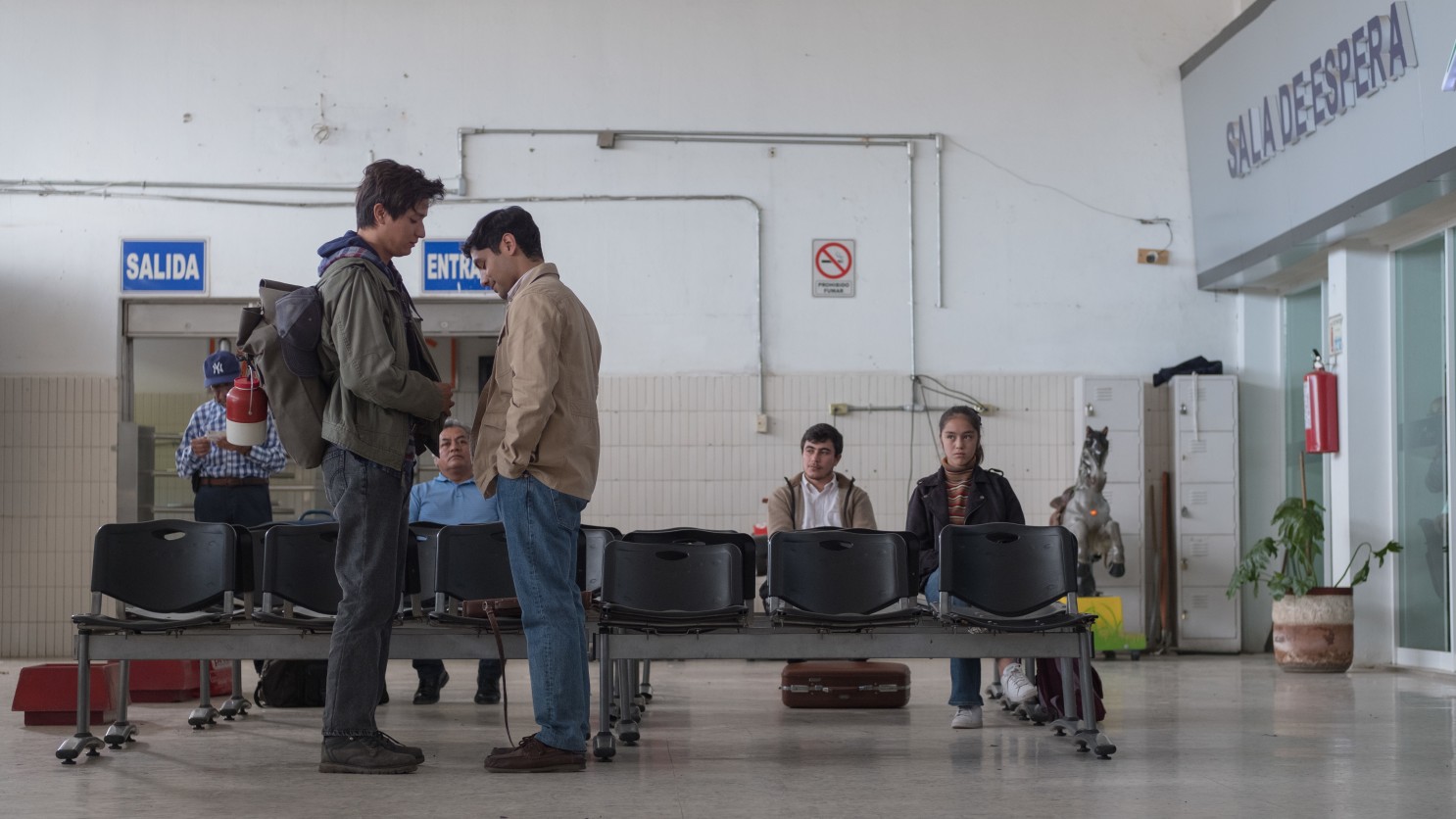 I Carry You with Me

If the final act of I Carry You with Me has a documentary feel about it, that makes good sense. Director/co-writer Heidi Ewing—known primarily for docs including Jesus Camp and The Boys of Baraka—takes on her first narrative feature by spinning a love story based in fact.

Ewing’s subjects, Iván Garcia and Gerardo Zabaleta, are NYC restauranteurs who fell in love in Mexico in the 1990s. Though Ewing grounds her fable in their present day, the bulk of the film waxes youthful and romantic back in Mexico.

Young, closeted Iván (Armando Espitia) dreams of putting his culinary skills to use so he can provide for his young son, whose mother rarely allows him to visit. He meets Gerardo (Christian Vazquez) and they fall in love, but dreams of the success that evades him at home propel Iván north.

And though the film’s title aptly captures the longing between separated lovers, it carries with it a great deal more. Ewing conjures the phantom ache that follows Iván the rest of his life without his son, his family and the home he knew.

Yes, the film, co-written with Alan Page, leads inevitably to the couple’s modern-day dilemma. They’ve worked their way up from nothing, lived and achieved the American dream, but are essentially caged. Iván’s son has grown up without him. He will never be allowed to come here, and if Iván returns to Mexico to see him he risks losing Gerardo and his American dream forever.

I Carry You with Me never feels like a blunt instrument. In much the way Ewing did with her documentaries, she weaves true tales with humanity and honesty so they resonate. A documentary’s best chance of affecting change is by helping an audience see themselves in the lives on the screen. Ewing did that with her many docs. She does it again here.