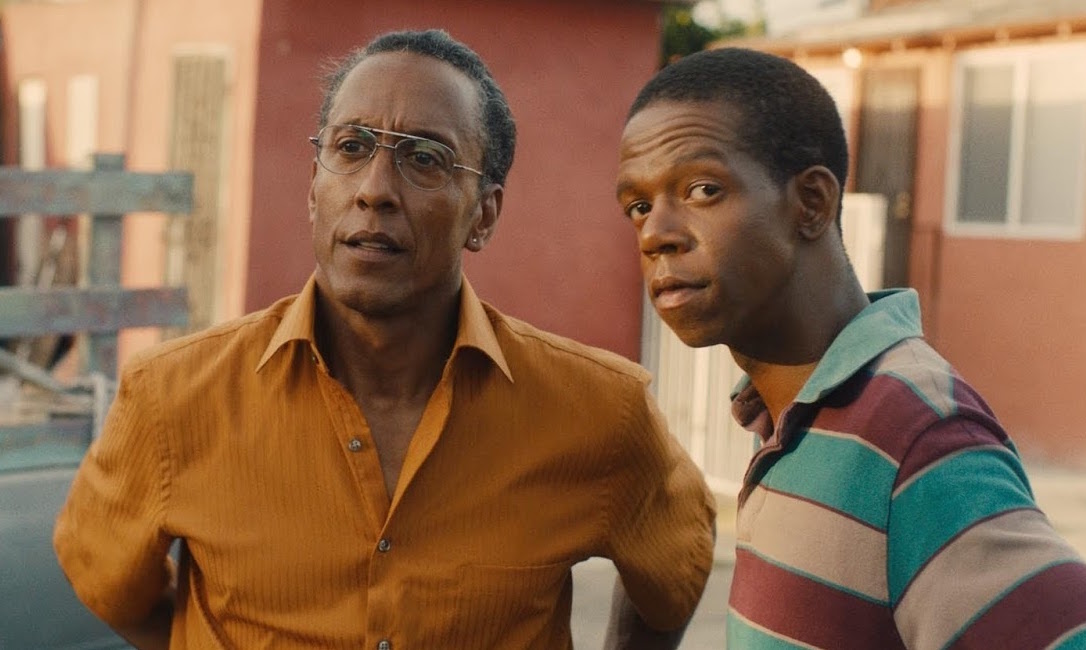 The film succeeds in part due to Andre Royo’s stunning portrayal of Ashley, a man recently released from prison who wants to re-establish himself in his former girlfriend’s life. Fully inhabiting his character, Royo has chemistry with everyone he shares the screen with. His chemistry with George Sample III is especially winning – Sample’s Jeremy/“Germs” as the straight man to Royo’s boisterous Ashley.

Sample brings a sweetness to his character – especially apparent in Jeremy’s interactions with Dr. Merton (Jeannetta Arnette), a doctor involved in the medical science research for which Jeremy is a paid volunteer.

The film’s subtle comedy is quirky, but it works well alongside the more dramatic moments. A scene in which Ashley searches for a backpack could be mundane, but is enlivened by the funny interaction with the store clerk. The comedy is necessary, as the film quietly moves toward darker moments.

Though Ashley appears the eternal optimist, it’s clear as the film moves forward he is struggling to find his way – a depression lurks underneath the surface. Ashley jokes to hide the pain he feels as he tries to find connections with the people in his life.

It would be remiss not to mention Kellee Stewart’s noteworthy performance as Nat, the woman with whom Ashley spends most of his time. Her character’s sensitivity is much needed in Ashley’s life, but he takes her for granted as he continues to focus on rekindling his relationship with his ex, Linda (Ashley Wilkerson).

As a directorial debut, Locy’s film is not without problems, but as a moving character study, this is a film that will stick with viewers for its touching take on love and friendship.