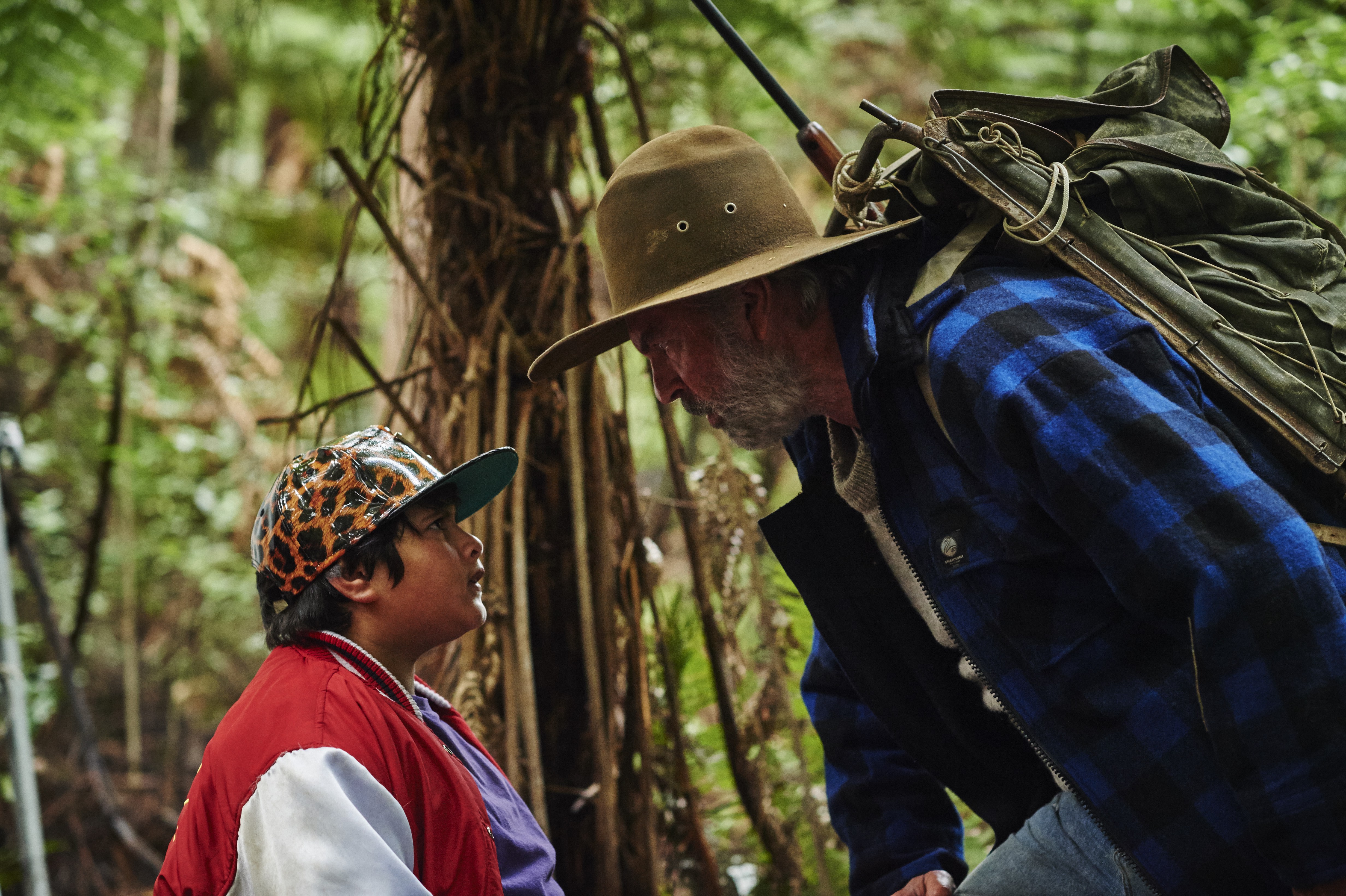 Hunt for the Wilderpeople

Sandwiched between his adorable vampire flick What We Do in the Shadows and his upcoming journey into the Marvel universe, Thor: Ragnarok, director Taika Waititi gets lost in the New Zealand bush.

The Kiwi filmmaker, whose career up to now has been marked with silly wit and gentle humor, offers a buddy comedy along the lines of Pixar’s Up.

Rotund Ricky Baker (Julian Dennison) finds himself deep in New Zealand nowhere with his newly appointed foster parents Bella (Ti Waita, wonderful) and Hec (Sam Neill). Bella offers and endless amount of genuine care, while Hec is quick with a grunt or a grimace. But one mishap after another projects the wrong image, and soon the lonesome boy and grumpy old man are off on an exotic adventure.

The manhunt that follows Ricky and Hec into the woods offers plenty of opportunity for sight gags, and Waititi (who adapted Barry Crump’s novel) gives the comedy an equal dose of absurdity and sweetness.

A mash note to outsiders, family and masculinity, Wilderpeople also showcases Neill’s gravelly talent in a way no film has done in years. Truth be told, were it not for the strong performances from the two leads, the film could easily have become stiflingly quirky. But Neill’s work offers more layers and authenticity than your usual grizzled coot routine, and Dennison’s confidence and timing ensure his is not the same old adorable kid looking for a dad.

No, both characters are equal parts frustrating and charming, which is why the adventure works as well as it does. There’s no wink and nod “let’s learn a lesson” backbone to their quest, just an admirably naive sense of freedom.

The supporting cast in its entirety delivers wry laughs, but the real showstoppers are Waita (who was equally enjoyable in Housebound), and Rachel House as Paula, the alarmingly tenacious social worker.

The script veers toward sentimentality once or twice too often. Like Waititi’s previous features, Wilderpeople, in the end, lacks bite. But the filmmaker possesses such an extraordinary talent for good natured, quirky comedy that it will be really something to see what he can do with a super hero, and whether his sincerely individual vision can remain intact.