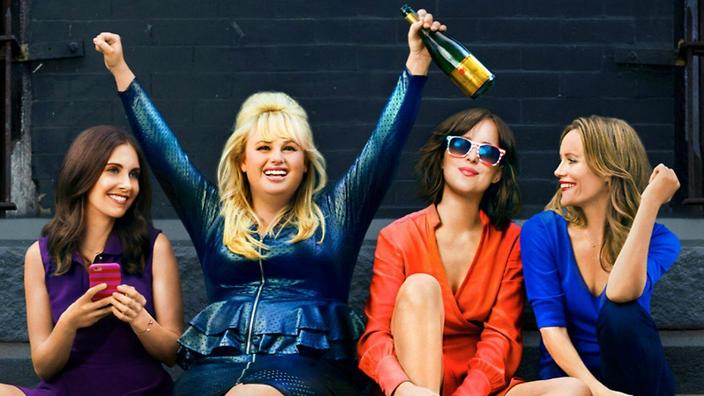 How to be Single

Upending rom-com clichés has become its own cliché, and yet, with the right minds and talent, it can still be a fresh and funny experience. Please see Trainwreck.

How to Be Single makes a valiant attempt to send up genre clichés as it follows four ladies and a handful of gentlemen, each failing to make that love connection with the Manhattan backdrop. It tries too hard, honestly, but it does get off a few good lines along the way.

Dakota Johnson anchors the ensemble as Alice, our everygirl, a new college grad ready to take a break from her longtime beau, head to the Big Apple, and find herself.

Alice’s circle includes her workaholic sister (Leslie Mann) and a wild new BFF (Rebel Wilson). Both comic veterans deliver some genuine laughs – thanks to an occasionally insightful script by Abby Kohn, Marc Silverstein, and Dana Fox – but Wilson, in particular, needs to find a new gimmick.

A revolving door of male characters includes one kooky performance by Jason Mantzoukas (a bright spot in this film, as he was in Dirty Grandpa). Ken Lacy also makes an appearance as basically the exact same character he played in the far superior film Obvious Child.

Which is one of the weirdest things about How to Be Single – it brazenly borrows from other, better films. Leslie Mann has a conversation that is almost identical to one from This Is 40, while her storyline steals an awful lot – including the boyfriend – from Obvious Child. Add to that the fact that Wilson’s boozy party girl schtick was lifted wholesale from Trainwreck, and you start to wonder if the film’s title should be How to Commit Larceny.

This is not to say the movie is bereft of humor. It does offer a handful of laughs, and it often lulls you into believing that characters are about to follow a formula, only to have that tiresome trope cleverly undermined.

It’s not that the film is bad, it’s just that it’s not as good as many other films and it knows it.