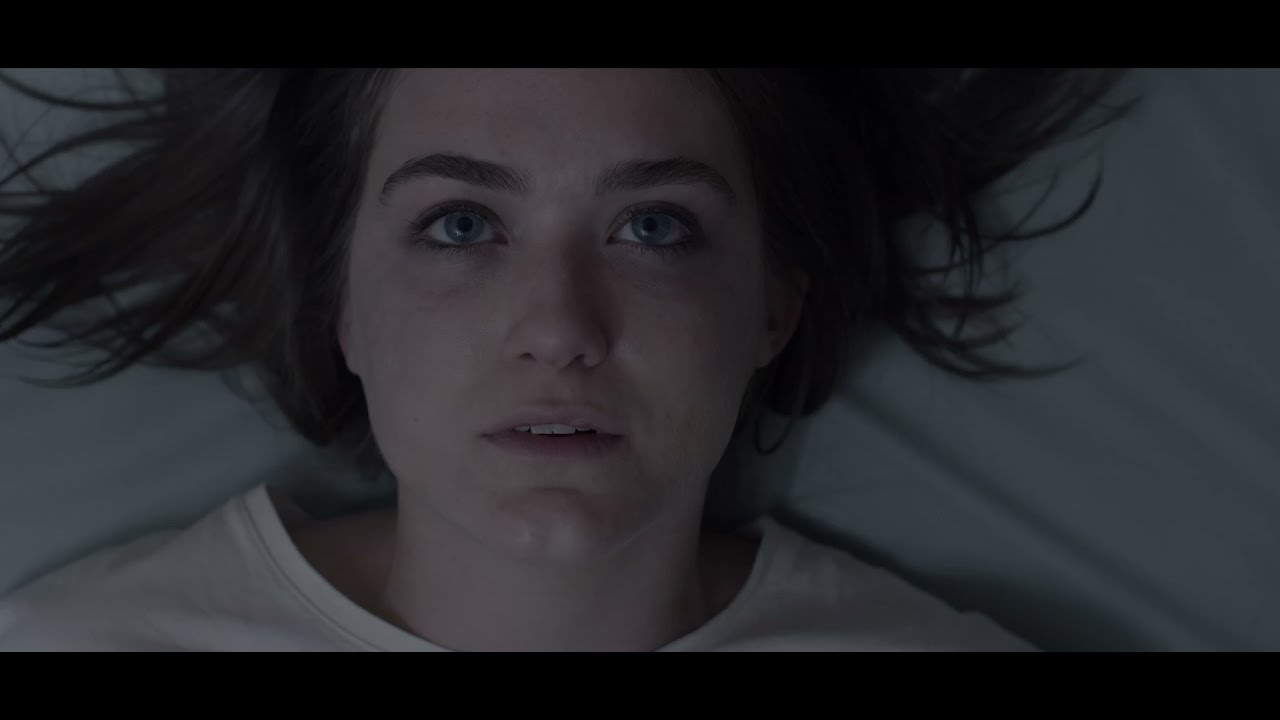 Another new horror flick that does a lot with a little, Goodbye Honey is off the festival circuit and available in your home.

Director Max Strand’s isolated roadside buddy picture hitches a ride in the big rig with weary traveler Dawn (Pamela Jayne Morgan). She will deliver this cargo on time—she will!—but first she needs to pull into this isolated, wooded spot for a rest.

Morgan’s performance snagged her a number of fest awards, including Best Actress from Nightmares Film Festival. With so very few other faces on screen, it’s lucky she can carry so much scenery. She gives the character layers with a turn sometimes conjuring Melissa Leo or Ann Dowd—a no-nonsense everygal who is sometimes slow to pick up on things, has a bigger heart than you may think, and will surprise you with violence as needed.

Her nap is complicated by a plea for help: a young woman (Juliette Alice Gobin) wearing nothing but a tee-shirt, asking for water and a phone to call the police. But Dawn’s defenses are up—a woman alone out here can’t trust just anyone. Still, she wants to do the right thing.

Quickly Strand tweaks tensions as the isolated location brings out others, violent looneys mostly. Dawn will take care of this, all of it. All that matters is that her client is none the wiser and that she makes this delivery on time.

Gobin delivers a strong, wild-eyed but smart performance. Paul C. Kelly’s small but pivotal role could not be more deftly handled. Among the three primary performers, there is barely a wasted word or glance.

Strand’s nimble screenplay, co-written with Todd Rawiszer, twists and turns in ways that are both unexpected and fully reasonable.

Though one or two of the predicaments that befall the pair feel contrived simply to lengthen the film to feature-length, on the whole, Goodbye Honey delivers a tight set of smart thrills.