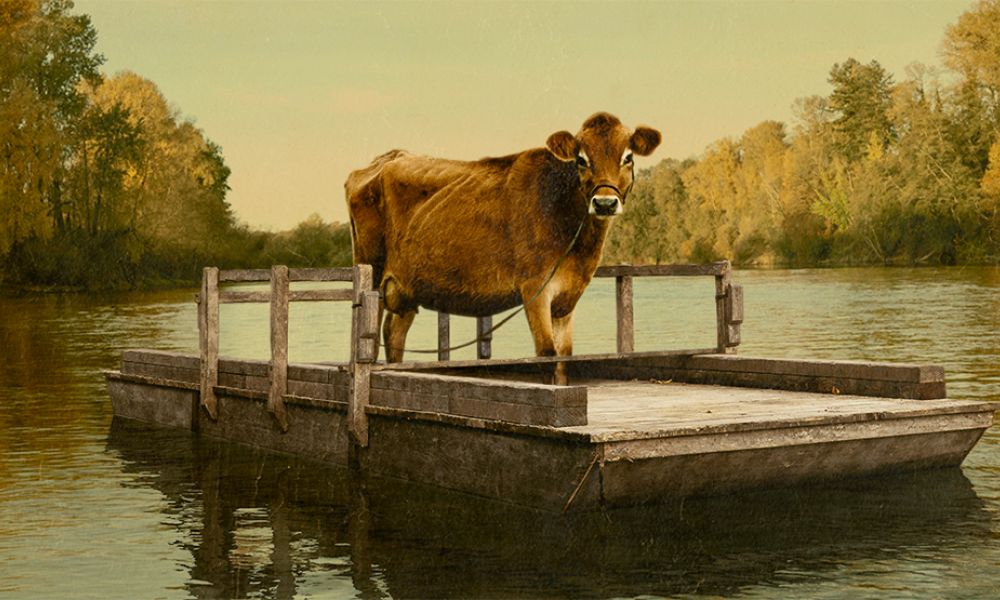 Kelly Reichardt films tell a story, but not in the traditional Hollywood sense. She draws you into an alien environment, unveils universal humanity and shows you something about yourself, about us. There’s usually a story buried in there somewhere. In this case, it’s about two outsiders in 19th Century Oregon who find friendship.

Cookie (John Magaro) is a gentle soul, not properly built for the fur trade. (You saw The Revenant, right?) He’s a baker at heart, not that he gets to do much baking on a trapping expedition with hungry, volatile, hunt-weary men.

He holds no value for these men, and has nothing in common with them. But somehow he sees a kinship with the naked Chinese man he stumbles upon as he forages for mushrooms in the woods.

It’s sweet and sad the way Cookie and King-Lu (Orion Lee) fall into a relationship. King-Lu has ambitions. He opens Cookie’s eyes to opportunities he’d never had the courage to consider. Through these characters Reichardt demonstrates how fragile, lovely and heartbreaking hope can be.

Working again with regular collaborator Jonathan Raymond, whose novel the two adapted, Reichardt keeps you pulling for her heroes. The narrative lulls you with understated conversations and observations while the meticulously captured natural beauty onscreen beguiles. Within that, we see the potential of a young country through the eyes of Americans determining the dream.

Reichardt explores loneliness in all her films, the sense that we are each simply and inevitably alone, though we struggle against it regardless. This exploration isn’t hurried. It breathes. She emphasizes the longing for connection in every quiet moment with her characteristic use of lighting, the way she frames nature and the naturalistic performances she draws from Lee and Magaro.

William Tyler’s lonesome score offers something both mournful and tender, which is fitting. Although these men’s very existence in this place testifies to hardy ambition, Reichardt lingers on moments of gentle camaraderie.

When Kelly Reichardt tells a story, she breaks your heart. She does it slowly and quietly, but it’s broken nonetheless.