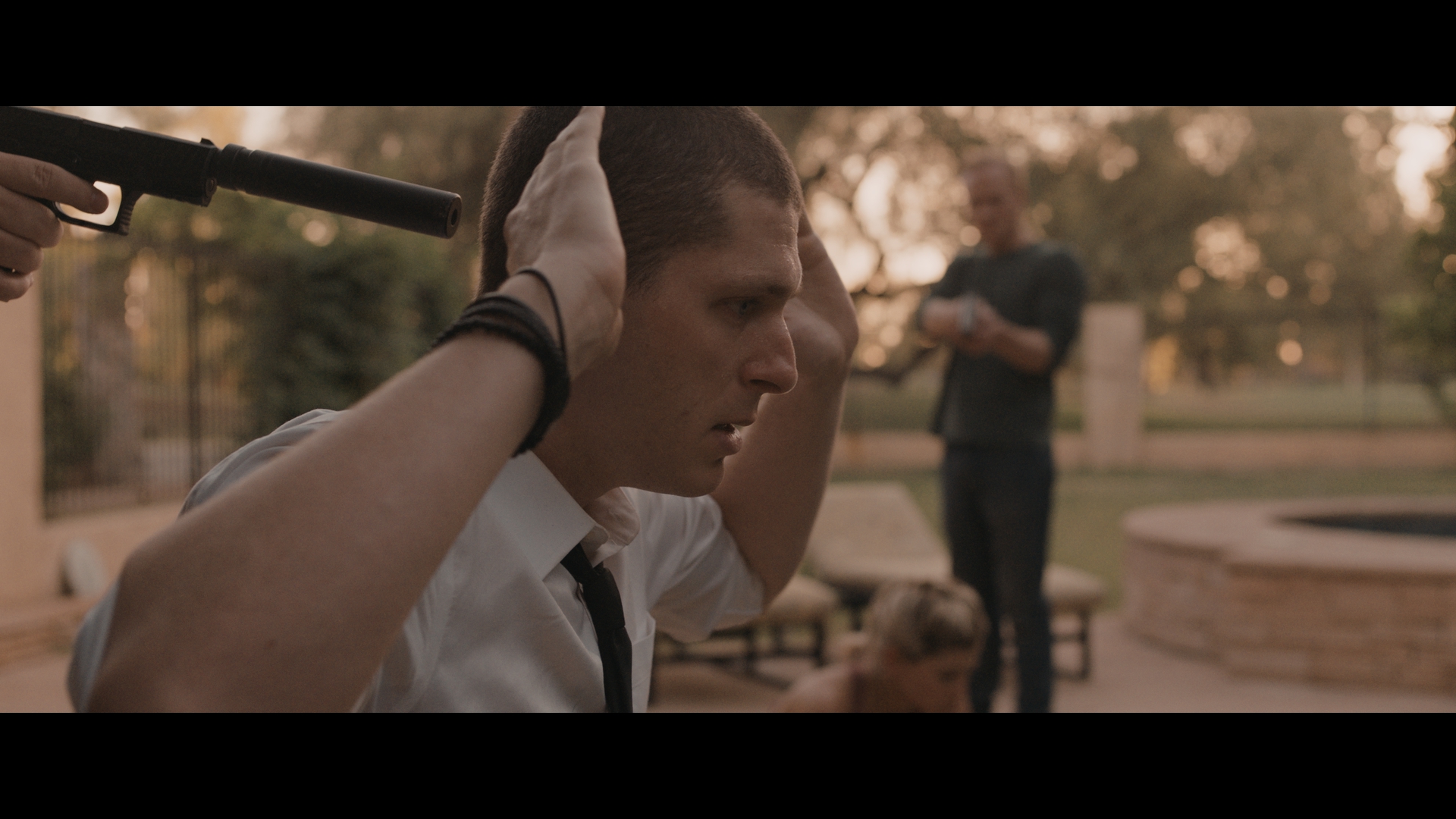 Alex (Heston Horwin) is having a terrible day. While trying to sell a leasing office in the middle of the Sedona desert, he hears a gunshot. When he hears a second shot, rather than calling the police, he runs off to investigate.

This is the first of several bad calls that Alex makes.

However, we might be able to get on board with this terrible decision because the lead-up to this moment is intriguing. From a funny opening, we’re then placed in this jarringly violent moment. Alex, endearing in his suit, waiting for his clients, is the right kind of naïve to help the film get underway.

It’s too bad this great opening is followed by such a weak story. But what writer/director Nicholas Woods delivers in Echoes of Violence is a juvenile take on the humanitarian crisis of human trafficking.

Upon meeting Marakya (Michaella Russell), Alex makes one more dumb decision after another as he’s caught up in her violent existence. A sex slave on the run from her immigration lawyer/human trafficker (another good idea that fails in the execution), Marakya enlists Alex’s help on a mission of revenge.

We never quite understand why Alex is so taken with Marakya, which is a problem. There’s no reason or explanation why he doesn’t call the police – or even just walk away – as it’s clear he’s in over his head.

Another poor choice on the film’s part is an attempt to create a sympathetic character out of a man who is part of the sex trafficking ring. Though we’re given reasons why this guy is ‘okay,’ it feels like a gut punch to root for someone who previously ignored the horrors around him. That his redemption arc is given the same weight as Marakya’s story is as unsurprising as it is disappointing.

But the film’s weakest element is the dialogue. Some of it is so bad it’s funny, but mostly it’s just bad. There’s too much needless exposition, too many lines that try to offer profound wisdom (when no one talks like that), and not enough time to let the characters come to life.

The actors are good, particularly Russell, but even the best actors will stumble around clumsy dialogue. And Sten Olson’s cinematography is spectacular, but there isn’t much else holding up this movie.

A weak script will nearly always tank a film, and this one is no exception.