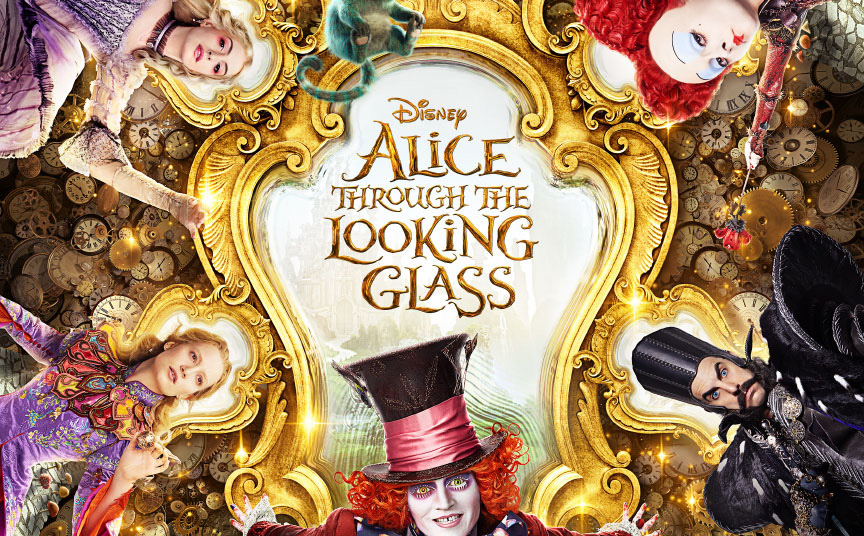 Alice Through the Looking Glass

One billion dollars. That’s global money, keep in mind, but still, who’d have thought Tim Burton’s utterly banal and forgettable 2010 acid trip Alice in Wonderland had made so very much money? Too much – and not just because the film had no genuine merit, but because that kind of sum necessitates a sequel, however wildly and wholly unnecessary – even unwanted – that kind of muchness must be.

And so, back to Underland we go, accompanying an adult(ish) Alice who returns from a stint as sea captain to find Victorian England just as restrictive as it had been when she was a child escaping into her imagination. And so, to her imagination she returns.

Director James Bobin (The Muppets) has the unenviable task of following Burton into the rabbit hole – not unenviable because he may suffer by comparison, but because his options are somewhat limited based on the film’s predecessor. Expect garishly overdone visuals that offset weekly drawn characters.

Familial tensions are at the heart of the tale, penned by Linda Woolverton and based on some of Lewis Carroll’s most dreamlike and incongruous storytelling. Too bad Woolverton and Disney insisted on hemming Carroll’s wild imagination inside such a tediously structured framework.

The Hatter is depressed to the point of death and Alice has to go back in time to save him. Basically. But you can’t change the past – a lesson she’d allegedly learned in her first fantastic voyage, but I guess it didn’t stick. So, let’s learn it again, with the help of Time himself, as played by Sacha Baron Cohen with a Schwarzenegger-esque accent.

Aside from that new face, the same forgettably wacky group returns to the future/past. The talented Mia Wasikowska struggles to find life inside the bland Alice while Helena Bonham Carter pointlessly chews scenery.

An underused Anne Hathaway brightens certain scenes, and Johnny Depp – reliable as ever inside a fright wig and exaggerated make up – does bring a wistful humanity to the otherworldly events.

But imagination and tiresome capitalism butt heads from the opening sequence, and without the foundation of compelling characters or the requirement of engaging storytelling, Through the Looking Glass proves to be a pointless, though colorful, bore.