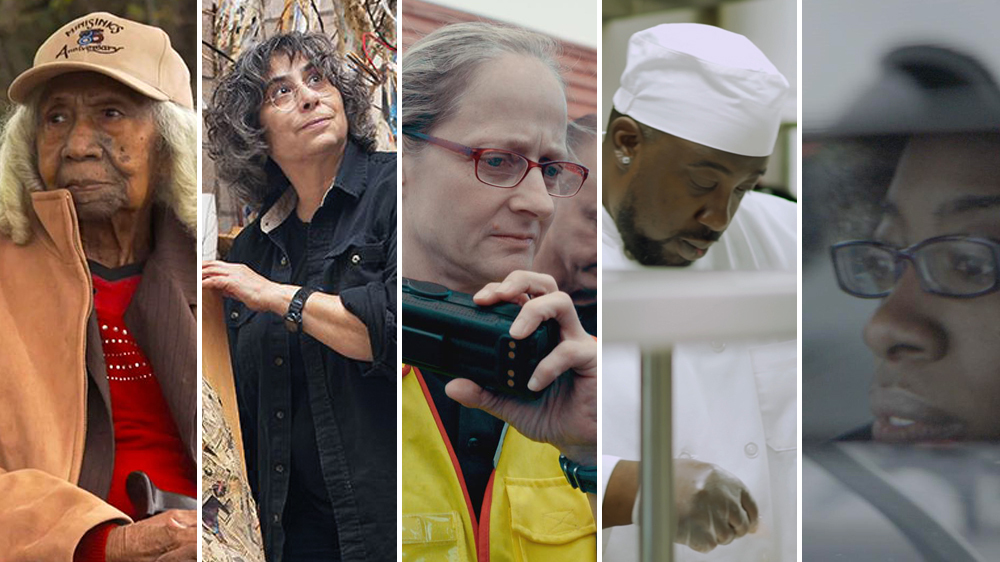 This year’s batch of Oscar nominated documentary short films offers a look at wide-ranging subjects. From an artist’s struggles with mental illness, to the problem of elder care, to the effects of the opioid epidemic in Huntington, West Virginia, these documentaries will evoke a gauntlet of emotions.

“It was love at first sight.”

So says Eddie, who at 95 married 96-year-old Edith. The two are very obviously in love, but because of a dispute between Edith’s daughters over her care, the couple’s relationship is put into question. Through this clash, we’re given a look at the effects of elder guardianship. It’s a depressing glimpse at the reality many elderly face as their own wants are often circumvented by the wants of others or by their own medical needs.

Heaven is a Traffic Jam on the 405 – USA  Dir: Frank Stiefel

For artist Mindy Alper, life has been extraordinarily hard. Early in the film, she lists the myriad drugs she takes daily, including Zyprexa, an antipsychotic, one she says she’d  be vegetative without. As Alper speaks about her experiences with mental illness, her art plays on screen, a visual representation of her story. Stiefel conveys deep sympathy for Alper and magnificently blends her drawings and sculptures into his narrative. It’s a lovely, touching film that celebrates Alper’s accomplishments in life and art.

Edwins Restaurant in Cleveland, Ohio is unique. Its owner, Brandon, is at the center of Knife Skills because he’s done something that many would never think to do: hire eighty former prisoners to work in his restaurant. Most of them have no restaurant experience, but Brandon’s restaurant also functions as a school. In the six weeks leading up to opening night, the film follows the students as they earn all they can about how to work in a French restaurant. It’s an ambitious idea, but Knife Skills only scratches the surface. Rather than focusing on Brandon and his goal, the film follows several of the students and teachers, leaving the viewer with a shallow impression of the subject.

Deputy Chief Jan Radar, Judge Patricia Keller, and Necia Freeman are the heart of Heroin(e). While Radar’s rush to save drug overdose victims in Huntington, WV is the film’s primary focus, we also spend time with Judge Keller in her courtroom, and with Freeman as she drives around the city at night handing out food to the needy. Each woman has a goal in mind: to end the epic of overdoses in her city. Huntington is the overdose capital of America, and Sheldon gives a face to that haunting fact. There is a slight glimmer of hope in the film, even though, for now, the reality in Huntington is bleak.