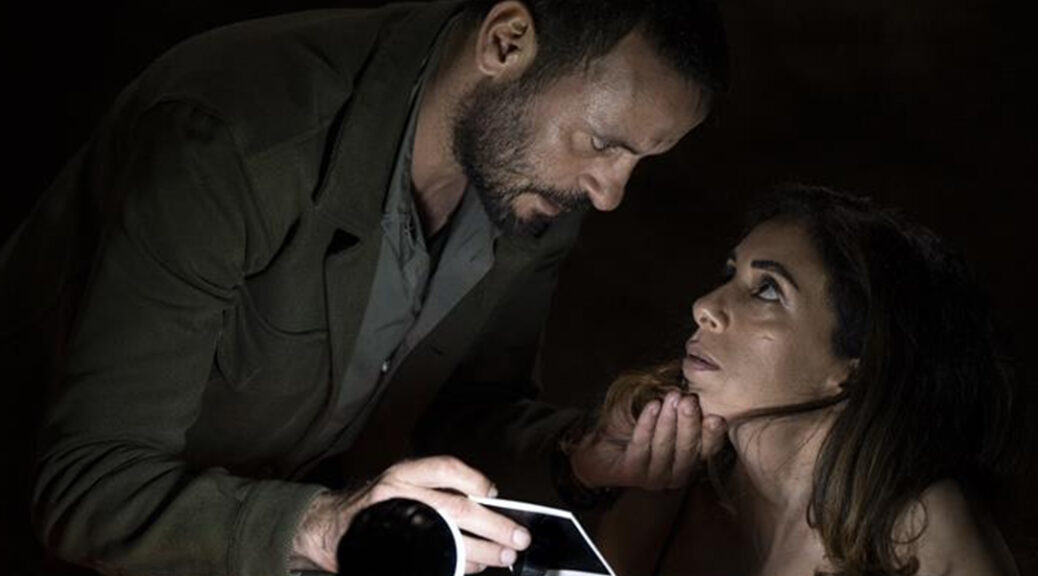 Western political thrillers have taken a big hit since the Watergate era and the fall of the Soviet Union. Not that there’s anything wrong with our homegrown paranoid style, but then a film like Huda’s Salon blows that all up with a shocking blend of tight suspense and cogent—and immediate—politics.

Emphasis on tight: After a few brief explanatory cards recapping what life in occupied Palestine is like for West Bank residents, director Hany Abu-Assad jumps right into an opening confrontation between two women that starts the clock on a lethal game of cat-and-mouse that brings together resistance fighters, spies, the Israeli secret service—and the women in society who are fighting a war for full independence on multiple fronts.

Salon owner Huda (Manal Awad) blackmails her clientele into sharing information with an Israeli secret service handler. Her latest victim, Reem (Maisa Abd Elhadi), has the same qualifications as Huda’s other unfortunate choices: her husband “is an asshole.” Reem spends her days taking care of her baby daughter, while her nights seem to be spent tolerating the boorish Yousef (Jalal Masarwa), who treats her more as an object of ridicule than an equal partner.

Where Huda is aloof and fatalistic about her small part in the broader conflict, Reem’s emotional range is played to great effect by Abd Elhadi. From vulnerability and terror to rage and her own fight for dignity, Abd Elhadi’s Reem is a remarkable woman—victimized by both the occupation and the events Huda and the men in her life have forced on her, but unwilling to stop fighting to be free from it all and simply live her own life with her daughter.

It becomes an urgent fight for her life when Huda’s treason is uncovered by a band of resistance fighters, with Huda taken in for interrogation and Reem trying to keep her identity (and compromising photos) secret, lest she be considered a traitor as well. As Huda and her interrogator Hasan (Ali Suliman) come to a begrudging mutual understanding, Hasan’s men fan out to track down Reem based on her cell phone location.

Abu-Assad, who also wrote the film, pulls off a delicate balance between intrigue and message. As a heart-pounding espionage thriller, Huda’s Salon is a contemporary heir to vintage le Carré, with the Berlin Wall giving way to the West Bank barrier. The constant hum of helicopters and jets provide an omnipresent soundtrack of anxiety, along with the tight framing around Reem as her world starts to collapse.

But the personal, as anchored by the two lead actresses, is just as engaging as the political. The film’s point of view isn’t subtle, but it’s not heavy-handed either. As Huda says of events during her own interrogation, it is what it is. If that reflection makes you uncomfortable in the current moment, so be it.