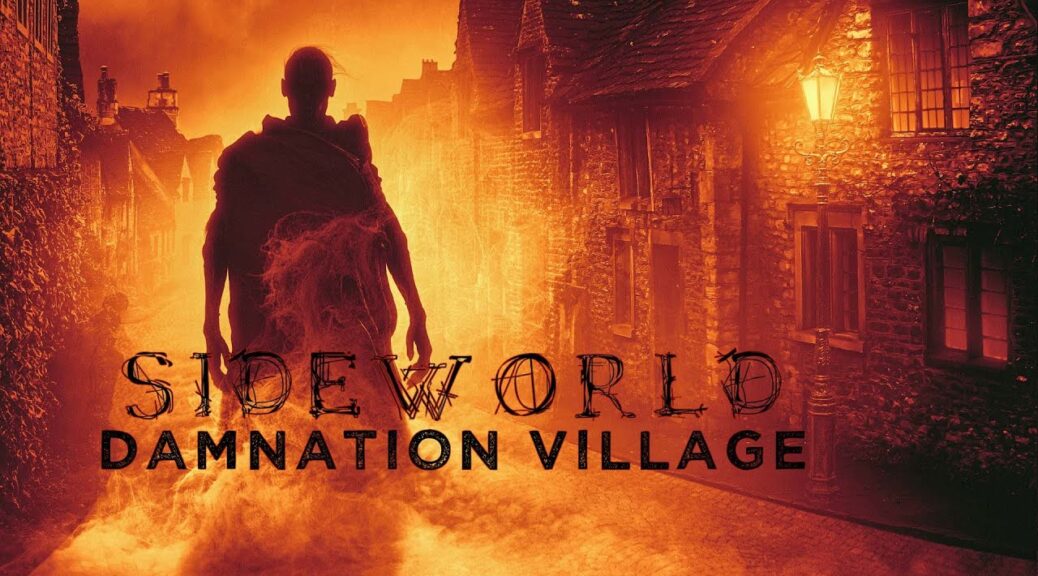 Director/narrator George Popov and writer Jonathan Russell return to England’s shadowy past for the third installment of their documentary series, Sideworld: Damnation Village. We leave the forests and seas behind to peek inside the cottages, inns and public houses beset by residents unwilling or unable to leave.

The sixty-minute doc benefits again from the collaboration of a team that’s clearly on the same page. Russell and Popov have worked together, not only on both previous installments in this series (The Haunted Forests of England and Terrors of the Sea) but also the narrative features Hex and The Droving.

Their focus this go-round are the tiny clusters of cottages dotting the English countryside, villages that have withstood centuries of war, pestilence and trauma that have left their marks. We begin, of course, in Pluckley – Guinness’s “most haunted village”.

The film moves on to Prestbury and the tale of, among others, the Black Abbott. Visits to the mostly empty villages are accompanied by Popov’s associated tale of the macabre. The filmmakers enlist actors Helen O’Connor and William Poulter to give voice to letters, articles and witness accounts.

As intriguing as the tales of lost love and criminal retribution are, it’s the mournful story of Eyam that stays with you. Perhaps it’s the connection to modern tragedy – Eyam voluntarily quarantined during the Plague, saving all the communities around it from infection but dooming themselves in the process.

As the series progresses, an interest in connecting the spectral with the scientific has become one of Sideworld’s prominent elements. In this case, Popov and company explore British archeologist/author T.C. Lethbridge’s Stone Tape theory to help explain recurring, looping paranormal phenomena.

Perhaps what best sets this series apart from other spooky folklore entertainment is its reverence for the subject – not just the scary stories, but the actual human lives behind them. Mingled with the solid storytelling – visual and aural – the heady concoction delivers another solid look at the unexplainable.