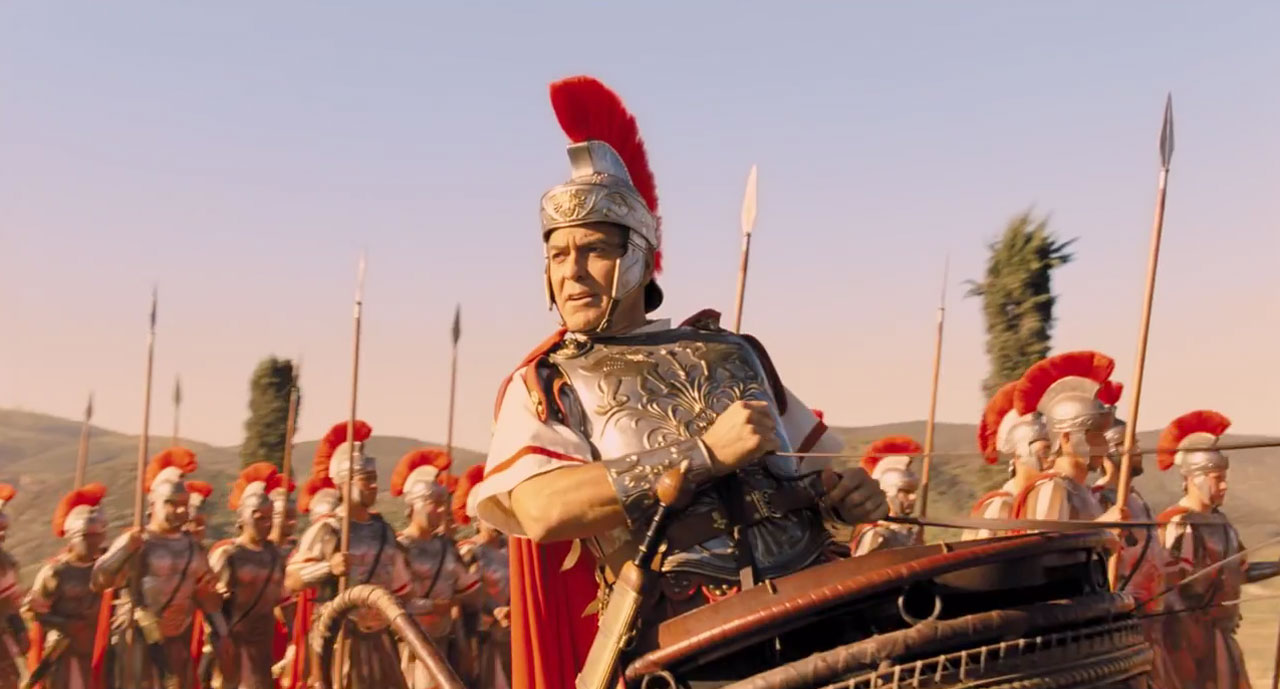 Coen Brothers films can be brilliant (No Country for Old Men, A Serious Man), or not (The Ladykillers, The Hudsucker Proxy), but they’re always crafted with interesting ideas. Hail, Caesar! offers a few too many of those ideas and not enough places for them to fully take root.

The setting is Hollywood’s “Golden Age” of the 1950s, when Hail, Caesar! is the new “story of the Christ” epic being produced by Capitol pictures, and starring their biggest asset, Baird Whitlock (George Clooney).

Eddie Mannix (Josh Brolin) is the square-jawed, no nonsense Capitol studio “fixer,” which means he’s the one dealing with kidnappers who are demanding 100,000 dollars for Whitlock’s safe return.

Swimming-pool starlet DeeAnna Moran (Scarlett Johannson) is facing a scandalous pregnancy, singing cowboy Hobie Doyle (Alden Ehrenreich) is having trouble adjusting to his new image makeover, and communists may have infiltrated the studio!

Looks like Eddie picked a bad week to quit smoking! No, really, he promised his wife he would quit, and his tobacco guilt is just one of the issues that makes a regular in the confession booth.

Crisscrossing situations combine for a madcap romp that homages various classics of the era, including musical numbers recalling Gene Kelly, Esther Williams and Roy Rogers. The Coens’ writing is as witty and eccentric as ever, but save for two specific bits, rarely more than amusing.

Eddie’s consultation with a roomful of religious elders about the studio’s depiction of Jesus leads to some nice one-liners, while Hobie’s struggle to wrap his cowboy drawl around more refined dialogue finally turns funny after how-long-can-this-go-on repetition and the growing disgust of Hobie’s proper English director (Ralph Fiennes).

Still, Hail, Caesar! is a fine looking swing that just misses. Beneath all the old Hollywood glamour is familiar Coen territory: faith, folly, finding your purpose and just trying to live a good life.