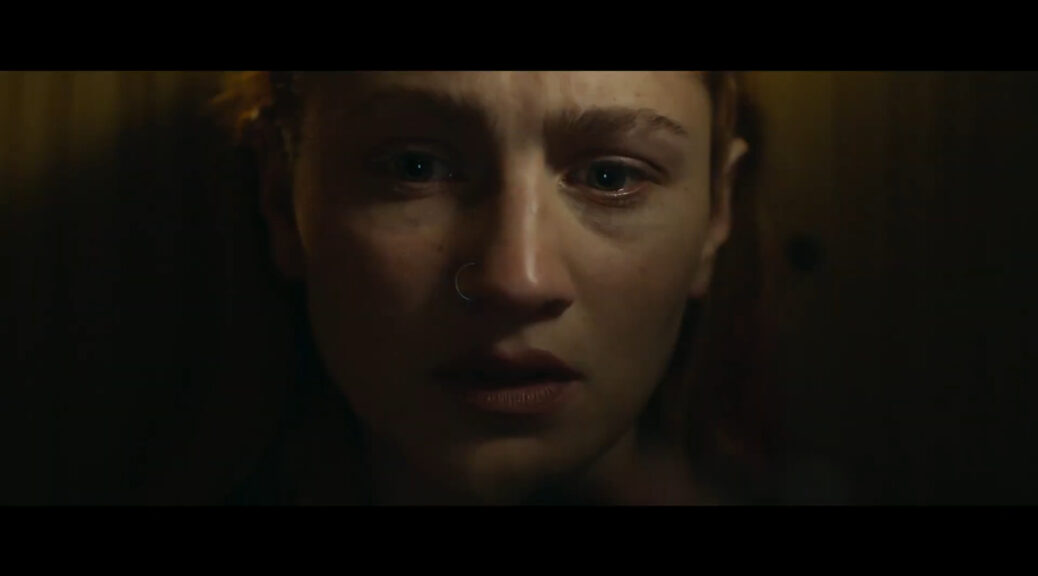 It’s nearly impossible to watch a zombie film without seeing pieces of this, pieces of that. Virus: 32 does call to mind a handful of other genre flicks. 28 Days Later is all over it. Sequences call to mind Rammbock: Berlin Undead. The film’s claustrophobic, spook-house vibe might conjure Rec from time to time.

Still, Gustavo Hernández (The Silent House) braids these ideas into something unnerving, tense and moving.

Iris (Paula Silva), living an extended adolescence in Uruguay with her roommate, finds herself saddled with her young daughter for the day. She’d forgotten and picked up a shift, which means Tata (Pilar Garcia) will join her today at “the club.”

The club is an old, abandoned sports club. Iris is on security patrol. Tata can occupy herself in an old gym with some basketballs while Iris makes her rounds and keeps an eye on things from the security footage she accesses through her phone.

Unbeknownst to the two, a virus has infected Montevideo, turning people insatiably violent.

The title comes from the brief reprieve the illness offers. The infected become catatonic for 32 seconds after quenching their bloodlust. It’s contrived, but Hernández — writing again with Juma Fodde — enlists the pause button effectively.

Nothing works harder or more forcefully, though, than Silva. Her believable tenderness, drive and instability combine to create a hero you root for, understand and worry about. She’s brilliant.

Daniel Hendler joins the cast at about the midway point, injecting a needed sense of calm and purpose. His presence pulls the narrative out of its chaos and points things toward resolution. He and Silva elevate scenes that could feel perfunctory. Their talent and Hernández’s skill turn even the most zombie-eaten tropes into riveting action.

Virus: 32 can’t entirely overcome its set of borrowed notions, but it grips and tears nonetheless.