The point of Mandibles, essentially, is that you can never rely on anyone to do a single, simple thing correctly. Manu (Grégoire Ludig, Keep an Eye Out) — homeless at the moment — promises to deliver a suitcase in the trunk of his car from Michel-Michel to Point B. He needs to get it there by noon. Can he be trusted to do that one thing?

Of course he can!

There are the extenuating circumstances of the giant housefly that’s already in the trunk. We could get into what happens with the fly, but it’s not going to make any real sense, so why ruin it? Dupieux films work best when you just go with it.

That’s what Manu does. He and best friend Jean-Gab (David Marsais) take opportunities as they come, remain open to possibilities, and just enjoy their friendship. And their new, giant housefly.

Ludig frustrates and charms in equal measure as the doofus Manu, and he and Marsais share an easy chemistry that suggests a lot of miles on this friendship. Here is the filmmaker’s most delightful surprise—a lack of cynicism or existential dread that leaves just an airy, almost sweet, wildly ridiculous comedy.

None of this has anything to do with a jawbone, but the title will become clear if you pay close attention.

Or maybe it won’t. 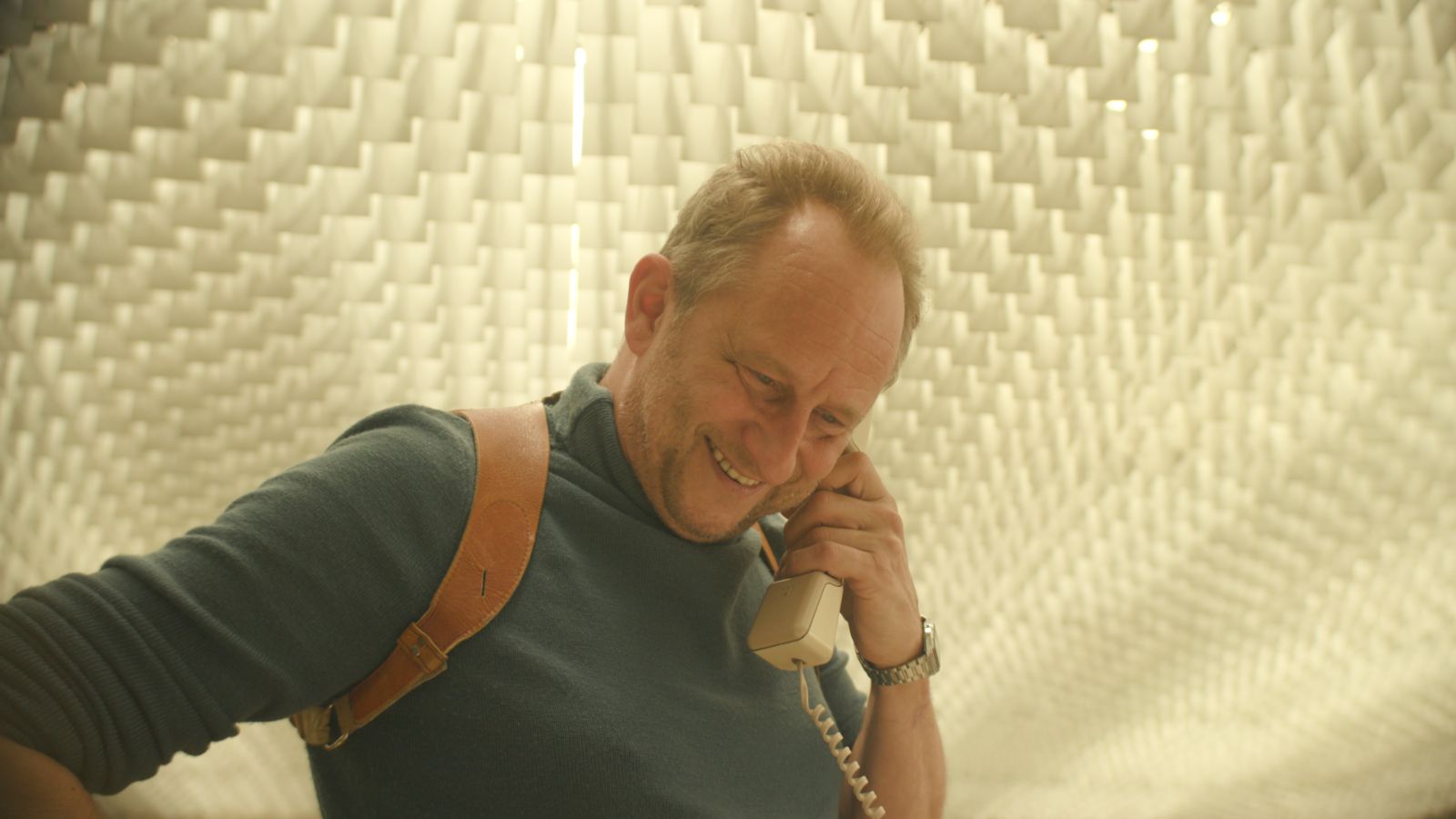 Keep an Eye Out

If there is one filmmaker whose movies resist summarization, it’s Quentin Dupieux. I have tried (Deerskin, Wrong).

His latest, Keep an Eye Out, takes us on a murder mystery in the most charmingly monotonous of ways. In fact, as Chief Commissioner Buron (Benoît Poelvoorde, Man Bites Dog) questions suspect Fugain (Grégoire Ludig), the officer complains that this is the most boring interrogation he’s ever done.

It’s not just the questioning (Fugain bought bug spray, then ate some potato chips, then accidentally knocked over a planter and broke it…) that’s mind numbing, though. Dupieux situates this aggressively dull conversation in a French police station leeched of color—everything in the room an unflattering shade of putty, except for the bizarre abundance of overhead lights.

It’s often tempting to seek symbolism in Dupieux’s absurd situations. Many of us are still wrestling with the message in his 2010 breakout, Rubber, about a discarded car tire on a nationwide killing spree.

Perhaps there’s no hidden meaning. In Keep an Eye Out, in particular, the filmmaker seems simply to be setting up jokes. As soon as Philippe (Marc Fraize) arrives on the scene—one eye on the accused, the other missing and grown over with skin—things take an almost Monty Python level of lunacy. It’s uncomfortably silly, stupid even.

There’s a freedom to the absurdism of a Dupieux film, although Keep an Eye Out feels far more superficial even than Deerskin (a film released prior to but filmed after Keep an Eye Out). Even his most focused work lacks the cynicism or bite of Yorgos Lanthimos, maybe the most consistent absurdist working in film today.

Which is not to say a Dupieux film can’t be as enjoyable. In many ways, they’re easier to enjoy than a Lanthimos film because they’re less likely to fill you with existential terror.

They’re weird. They’re delightfully unpredictable. They’d grow tiresome, but they’re all so short. (Keep an Eye Out runs barely longer than an hour.)