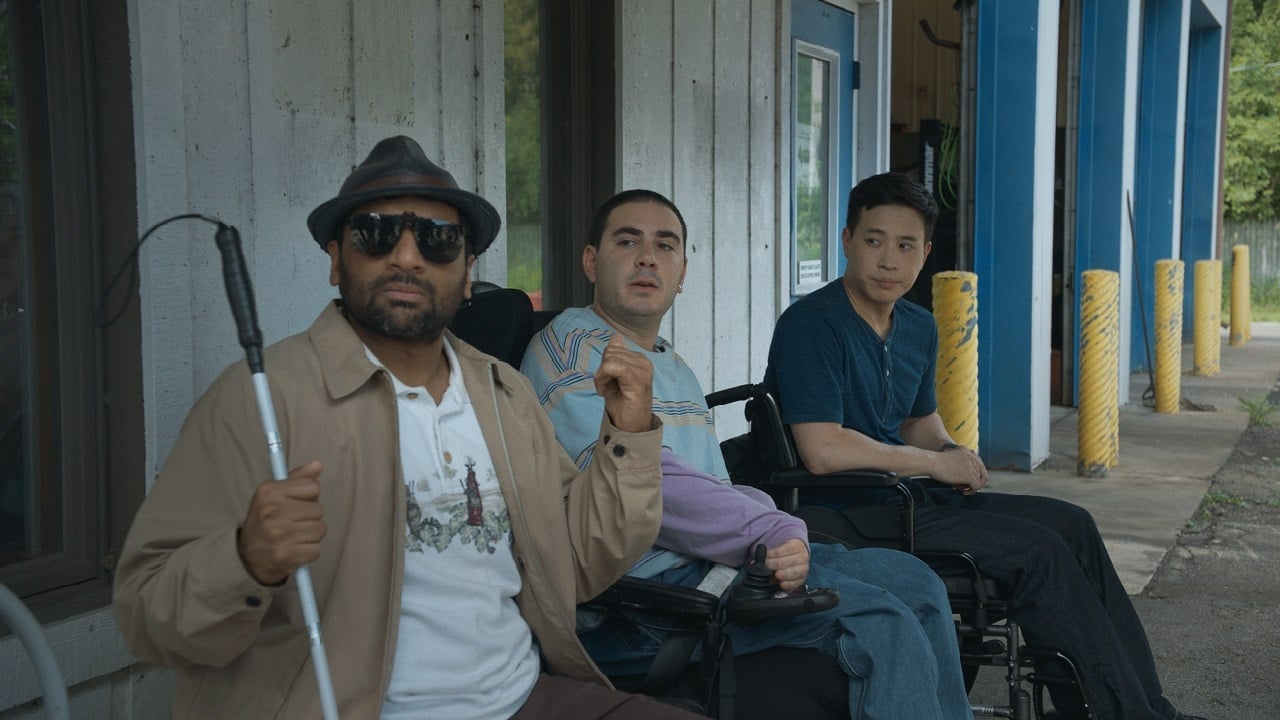 Come As You Are

Come As You Are follows three men on a quest to get laid at a Canadian brothel, La Chateau Paradis, that caters to people like them. Scotty (Grant Rosenmeyer) is a paraplegic who was “born this way, baby.” Matt (Hayden Szeto) is an ex-boxer fighting a degenerative disease. Mo (Ravi Patel) is visually impaired. Collectively, their biggest hindrance is that they all still live with their mothers.

After one hilarious caper, a cop stops Scotty, Matt, and Mo as they slowly make their way along the shoulder of the highway. He looks at the three men and says:

“My cousin’s brother-in-law has Down syndrome so…I know.”

Sometimes, this film is about life as a person with disabilities. Mostly, though,Come As You Are is just about life as a person. The natural flow between these perspectives takes a raunchy boy’s trip and turns it into a heartwarming slice of life film about making friends, believing in yourself, and defining exactly what your life is supposed to be.

Come As You Are is the English remake of 2011’s Belgian Hasta la Vista (dir. Geoffrey Enthoven), and while I haven’t seen Enthoven’s original, it’s worth the effort to bring this film to American audiences. Sorry, Bong Joon-ho, I guess we’re still warming up to subtitles.

This 2019 edition is directed by Richard Wong, who has more cinematography credits than directorial. That experience shows in the film’s easy movement between steady and handheld shots. Wong’s vision expertly highlights how monumentally huge small inconveniences can be. At times, Scotty’s confinement to his chair leads to hilarious antics. Other times, it’s a horrific prison. Wong looks at both sides of every coin in a valiant effort to show the bigger picture.

Come As You Are boasts a diverse cast, a good script, and great performances. The best performance is from Rosenmeyer, whose unflinching cynicism and peeks at vulnerability are masterfully done. The other stand-out performance comes from Janeane Garofalo as Scotty’s mother who, for better or worse, cannot shut up.

Szeto and Patel both deliver quieter performances that gracefully grow with their character’s arcs. Patel particularly does a fantastic job of revealing the complexities behind his Coke-bottle glasses.

Some may find the final awkwardly funny scene misplaced after the narrative has moved to deeper material. I found it tonally perfect and more human than abandoning the characters and circumstances we started with.

Come As You Are is bitter, funny, tender, and worth the watch.