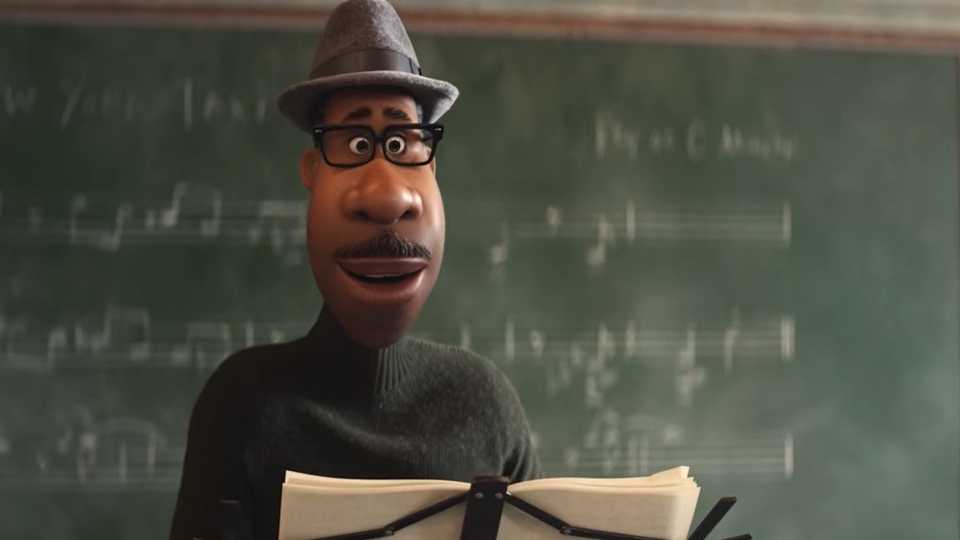 Pete Docter has written, directed, or been a part of the story team for some of Pixar’s greatest achievements. From Up to Inside Out, WALL-E to Toy Story, he’s helped set the standard that each new Pixar film competes with.

For Soul, Docter and co-writer/co-director Kemp Powers sense the time is right to tweak the winning formula a bit, creating a deceptively simple, beautifully constructed ode to happiness.

The updated blueprint starts with an African-American lead, Joe (voiced by Jamie Foxx), a middle-aged music teacher who still harbors dreams of stardom in a jazz combo. Just when Joe gets that long-awaited chance to play with one of his favorite artists, an out-of-body experience finds him fighting to get back to the life he’d been living.

Hence, the “soul” here may be not what you’re expecting. The music is all that jazz, but once Joe meets up with a wandering infant soul named 22 (Tina Fey), the film becomes a funny, surprising and truly touching journey toward becoming a fulfilled human being.

And what a beautiful, big screen-begging journey it is. Soul looks like no Pixar film before it, with wonderfully layered and personality-laden animation for Joe’s daily life that morphs into an apt Picasso vibe for our time in the before and after worlds. In those other worlds, Joe and 22 are gently pushed toward their destinies by the reassuring voice of the cubist Counselor Jerry (Alice Braga) amid a madcap series of detours carrying the emotional highs and lows of an inspired jazz trumpeter’s solo.

And though Soul delivers plenty of whimsical fun, it’s anchored by the existential yearning Docter hinted at with Inside Out’s “Bing Bong” character five years ago.

But just when you think you know where the film will leave you, it has other plans, and that’s okay. Because while the best of Pixar has always touched us with family adventures that speak to what it means to be human, Soul leaves plenty of room for our own improvisations, producing a heartfelt composition that may be Pixar’s most profound statement to date.