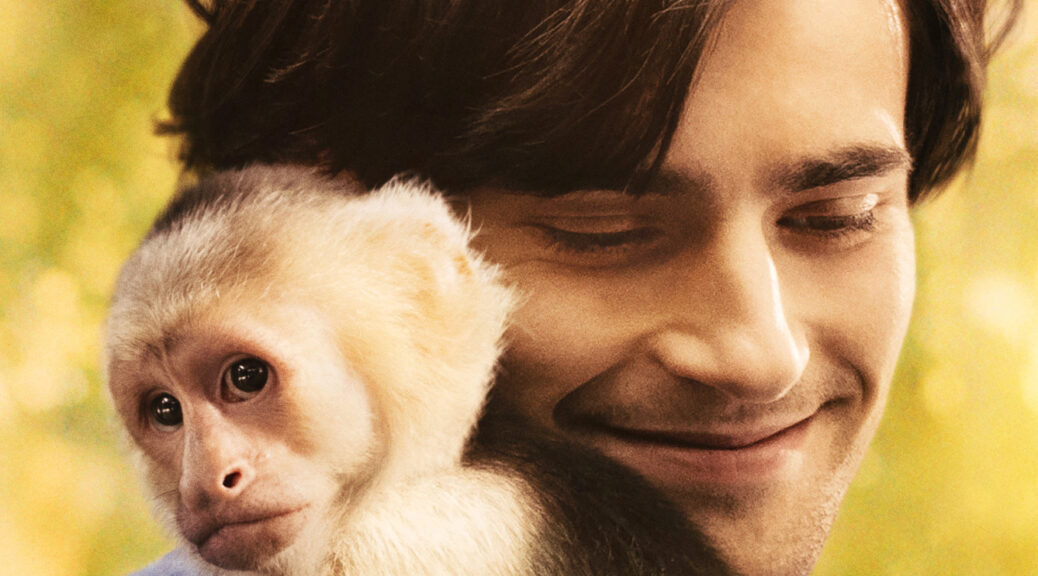 Gigi & Nate follows the story of an unlikely bond between recent quadriplegic Nate (Charlie Rowe) and his service monkey.

Director Nick Hamm’s film tracks the pair’s difficulties due to Nate’s disability and society’s stigmas around their pairing. Running at a generous 1 hour and 54 minutes, the bond between man and primate is thoroughly, though not particularly well, examined.

Gigi and Nate seems to miss the backbone of what makes this unique story interesting. Threaded by a plot riddled with holes, a strong emotional ethos has no channel through which to flow. Instead, Hamm and writer David Hudgins string together uneven attempts to create a compelling narrative. These attempts hit the beats of any PG, feel-good, family-friendly story, while remaining seemingly uninterested in exploring any nuance.

The story initially paces along logically. It takes a devastating blow, however, when concentration on the human-animal connection is severed and focus turns to a bizarre examination of society’s skepticism toward the human/primate pairing. With this, whatever fuel burning the emotional fire behind the story runs dry.

Performances, including Rowe’s, struggle to rise above surface level. Nate’s lack of metamorphosis is staggering. We see the glimmer of change directly following his accident, but are ultimately disappointed in Nate’s quick return to a sunny-despite-the-circumstances disposition. The filmmakers never allow the audience inside the full depths of Nate’s psyche, so no catharsis can be earned.

This lack of depth creates real problems. Narrative solutions feel unearned. Outlandish antagonists are clumsily formed, their stories undeservingly resolved. A potentially intriguing tale from an underrepresented perspective is lost to a cop-out of a resolution.

Gigi & Nate is especially disappointing because the film —though it takes significant creative freedom— is inspired by the true story of quadriplegic Ned Sullivan. While the filmmakers’ hearts were undoubtedly in the right place, their sincerity doesn’t justify a film that does little work to amplify the voices of the people it’s portraying.

If you’re just looking for your cuteness dosage, Gigi (played by Capuchin, Allie) certainly has her moments, but you’re better off skipping this film and picking up Marley and Me.