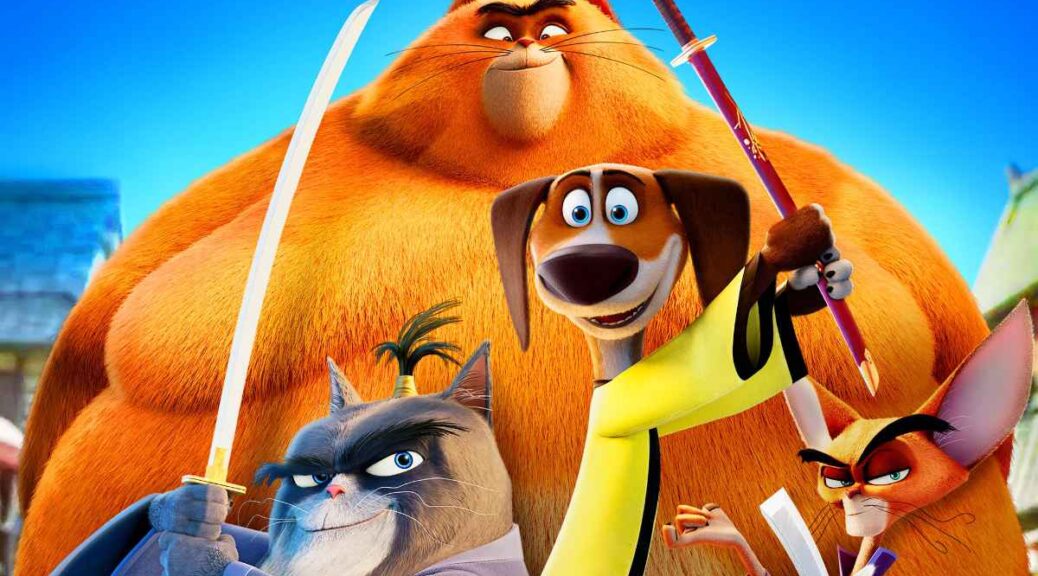 Paws of Fury: The Legend of Hank

Who’s up for a perfectly harmless, slight, not especially funny cartoon? Well, depending on how hot it is outside and how bored your kids are, Paws of Fury: The Legend of Hank could be worse.

Hank (Michael Cera) dreams of being a samurai. Ika Chu (Ricky Gervais) dreams of ridding the land of this ugly little town that ruins the view from his palace. How about making Hank the samurai that protects that ugly village? Hank will be a terrible samurai! He’s a dog! Who ever heard of a dog samurai?

Well, who ever heard of a cat Western? But that’s what we essentially have here, because Hank has crossed many treacherous lands to find his way to the land of cats so he could fulfill his destiny, even if nobody there wants him. Like at all.

OK, maybe little Emiko (Kylie Kuioka), who also dreams of becoming a samurai. But definitely not Jimbo (Samuel L. Jackson), the town drunk who used to be a samurai before shame led him to catnip.

It sounds like it should be funny. There’s also the supporting voice cast, if you need to be impressed: George Takei, Michelle Yeoh, Djimon Hounsou, Aasif Mandvi, Gabriel Iglesias, Mel Brooks.

Brooks also co-wrote the screenplay, which explains a lot. A dozen or so jokes littered throughout the film might have been funny 60 or so years before the target audience was born. Very few jokes connect to dogs, cats, samurai films, Westerns—anything in particular, but they lack that fun, random feel. A giant toilet figures prominently. There is flatulence.

Cera and Jackson definitely share an odd couple quality—enough that I’d love to see them do a live action film together. But Yeoh and Takei are wasted, and Gervais gets no good dialog to deliver (though he does a villain well). Hounsou’s fun.

The movie looks fine—not great, but fine. Its themes about acceptance are muddled and soft peddled, though—another victim of weak writing.

A profoundly odd short film called Bad Hamster precedes Paws of Fury, though. There’s that. Just depends how hot it is, I guess.