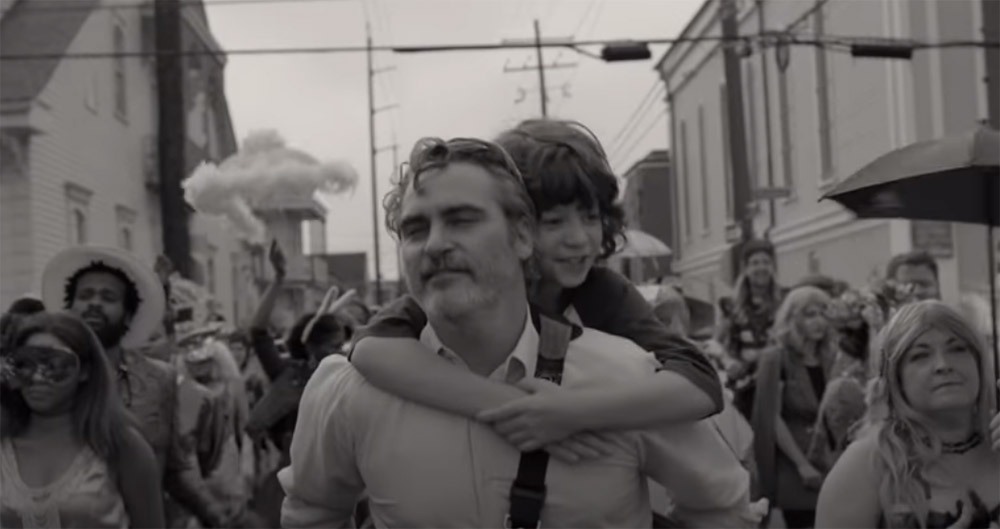 In looking back over the notes I took as I screened Mike Mills’s latest feature, I find more single words than helpful phrases or insights. I wrote down these words: intimate, vulnerable, hopeful, sincere, earnest.

In other words, C’mon C’mon is a Mike Mills film.

The filmmaker’s most memorable movies dig deep into one connection within a family to see how that tumult ripples out to the rest of our hero’s relationships. Beginners pitted a man’s evolving bond with his aging father (Christopher Plummer, who took home an Oscar for the role). Six years later, Mills digs into mother/son issues with the incandescent 20th Century Women. (Mills nabbed his first Oscar nomination for the screenplay.)

In C’mon C’mon, a man’s changing relationship with his young nephew mirrors his deepening bond with his estranged sister. That man, Johnny, is played by Joaquin Phoenix, who presumably does not need to be described as one of the greatest actors working today because everyone knows that by now.

Phoenix is particularly endearing in this film, hitting those earlier adjectives with such authenticity it would be very easy to believe he simply loved the little boy he was spending all this time with, regardless of the amount of energy a 9-year-old sucks from you, not to mention the frustration that comes with that territory.

Jesse, the 9-year-old, is played by quite an amazing actor himself. Woody Norman (love that name!) shoulders the responsibility of being precocious, frustrating, brilliant, adorable, tender and human. He soars, and his chemistry with Phoenix couldn’t be more charming or genuine.

Gaby Hoffmann deserves one, too, because she’s wonderful as well as Norman’s mom, Johnny’s sister Viv. Viv needs to look in on Jesse’s father, a bipolar musician who’s bitten off more than he can chew with his new job, new apartment and new dog. Johnny agrees to look after Jesse, eventually bringing the boy along with him to New York and then New Orleans where Johnny interviews kids for a radio program.

Johnny is finding out how the world looks to a child and realizing that it is genuinely terrifying.

Both sound design and cinematography also need to be acclaimed as adjective worthy as well, because this film looks and sounds amazing.

Mills blends the interviews (of non-actors whose responses are not scripted) with the fictional relationships among Johnny, Jesse and Viv. The blending of reality with fiction is seamless enough to buoy the sense of authenticity and heighten a mood of empathy.

As is true with Beginners and 20th Century Women, C’mon C’mon wraps the messy, awkward, disappointing realities of being human in a blanket of hope. As cloying as that sounds, the film is so sincere it’s hard to deny its warmth.