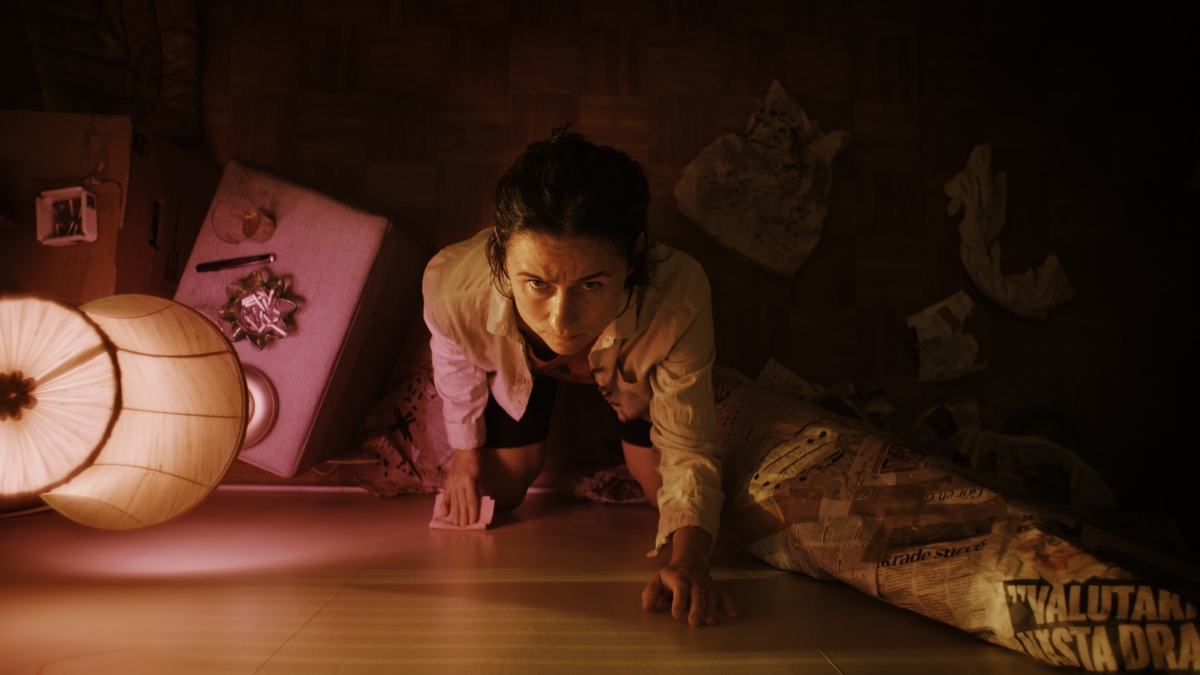 It’s easy for horror films to pigeonhole the mentally ill into stereotypical terrors that disturb those who’ve never experienced mental illness (or known someone to suffer from it). You often find the “split personality” films where one of the personalities is a murderer, or with a paranoid schizophrenic who can’t tell reality from hallucination terrorizing friends and family.

But once in a while, a horror film reminds you there is a real person suffering – someone who is more than their label. And that’s when things get truly unsettling.

Working from a script by Emma Broström, director Frida Kempff captures the uncertainty and fear of a woman struggling to be believed in the Swedish film, Knocking.

Molly (Cecilia Milocco) suffered a mental breakdown following a traumatic event. After spending time in a mental health facility, she’s deemed capable of being on her own. Moving into a new apartment and advised to turn it into a home, Molly attempts just that.

But the nightly knocking on her ceiling keeps her from settling into her new life.

What follows is a fairly predictable conundrum – is Molly hallucinating or is the knocking—perhaps attempts at Morse Code and a cry for help—real?

This isn’t the sole focus of the film. Kempff isn’t just interested in letting us guess at Molly’s situation, she also digs into the quickness with which people dismiss her. Because of Molly’s often erratic behavior and her past, police, neighbors, and health care workers tend to disregard her fear.

Milocco nails her role. She convincingly sells the character’s firm belief yet utter confusion surrounding the knocking. She portrays a woman trying to cope yet infused with obsession. As Molly tries to solve the mystery behind the knocking, everyone in her building becomes suspect.

In a particularly captivating scene, we watch Molly confront a group of men who live on the floor above her – the floor from which the knocking persists. The men recognize and respond to Molly’s distress, but they’re not listening to her. Though raising an alarm that someone needs help, the men make their own conclusions based solely on Molly’s behavior. The scene would be flawless if not for some cliché and distracting camerawork.

When you’re mentally ill, everyone is quick to disbelieve you (extra skepticism if you’re a woman). In the film, this creates disturbing tension as the knocking reaches a pitch of intensity. It doesn’t really matter if the knocking is real; what matters is that Molly believes it – but nobody believes her. A truly terrifying concept.