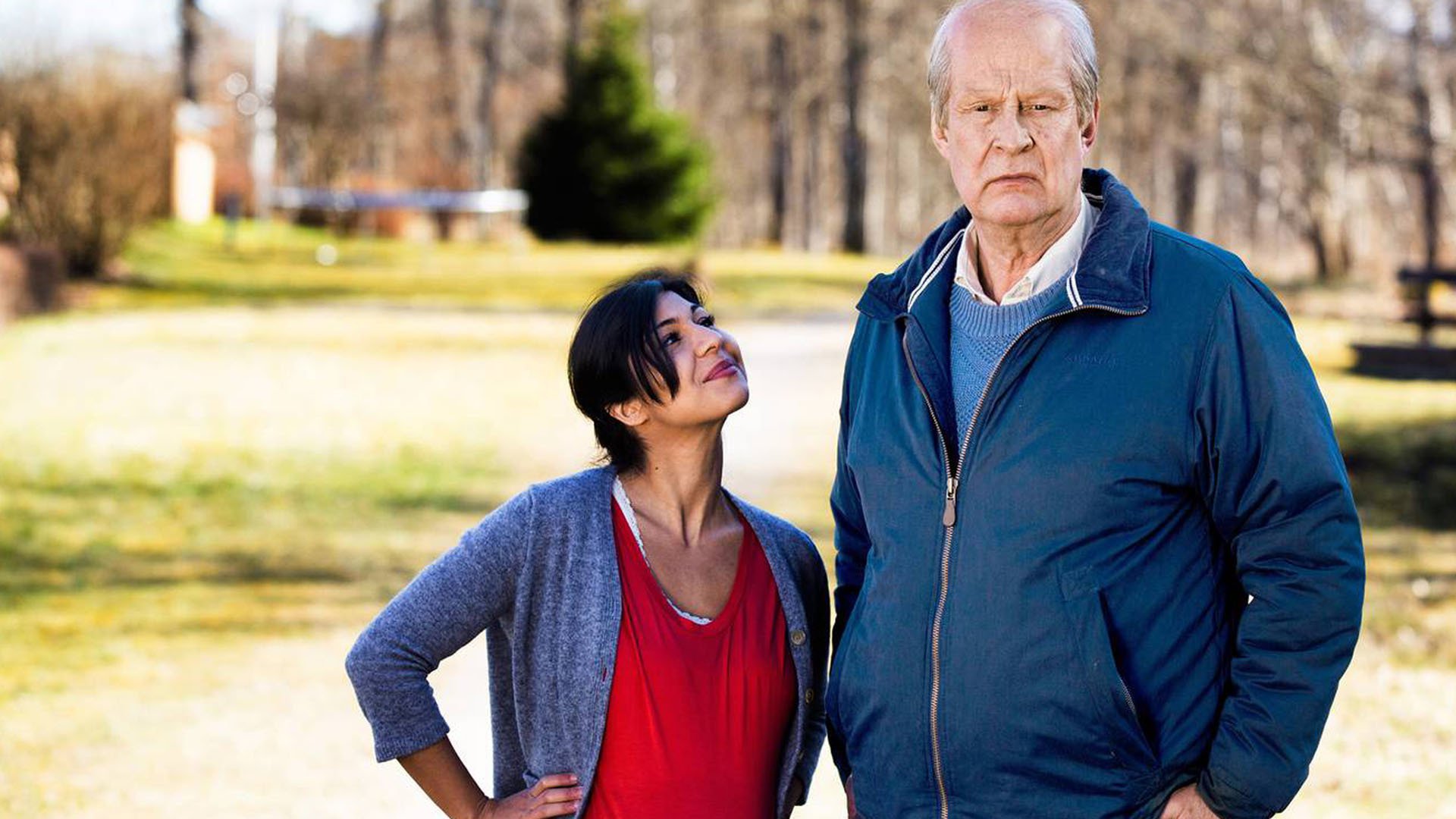 There’s a concept in the northern countries of Europe that helps the people there combat the rigors of the long, frigid, winter nights. It’s called gemütlichkeit in German, hygee in Danish, and mysig in Swedish and loosely translates as “cozy.” But it’s not just a sitting in front of a crackling fire, blanket on lap, warm drink in hand kind of physical cozy. The concept encompasses emotional coziness—friendliness, peace of mind, social acceptance. The Swedish film A Man Called Ove, exudes mysig.

It’s the story of a cantankerous old widower who has recently been counseled out of his 40+ year job. His life has shrunk to the point where his days are spent patrolling his neighborhood enforcing homeowners’ association rules, yelling about where dogs can answer the call of nature, and tossing junk at stray cats. His plan is to wrap up the loose ends of his existence, and then join his wife by taking his own life. But the plan is delayed by the young family that moves into the house across the street, running into his mailbox in the process.

And you probably know where the movie is going to go from there. You’ve seen versions of this story before: Dr. Seuss’ How the Grinch Stole Christmas!, Up, St. Vincent, etc. Crabby old guy softened by the connections made with a youngster. But that doesn’t make Ove any less charming.

In Hannes Holm’s adaptation of Fredrik Backman’s bestselling novel, Rolf Lassgård manages to make even the angriest, most nihilistic version of Ove seen in the first portion of the film somehow likable despite his rudeness. And, in flashback sequences that occur each time Ove attempts suicide, his life story is fleshed out, revealing past events that have contributed to his current demeanor. This makes his subsequent, often bumbling, attempts at increased connection more poignant. And the family that provides a catalyst for his change is helmed by the fantastic Parvaneh (Bahar Pars)—friendly, decent, very pregnant, and taker of absolutely zero-shit from anyone.