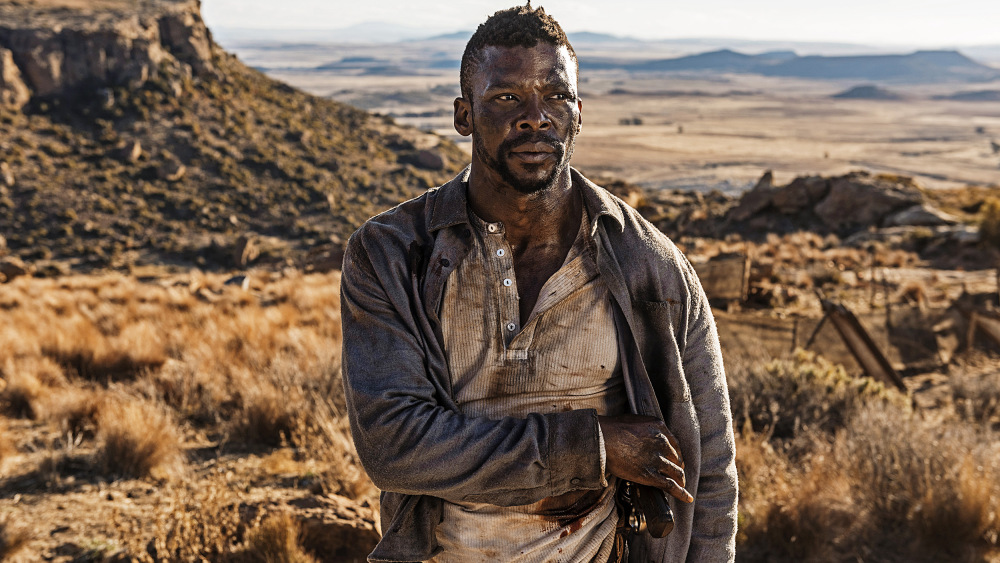 From the beginning, Matthews evokes Sergio Leone’s A Fistful of Dollars trilogy. Four boys stand facing each other, hands at the ready, waiting for a sign to fire their slingshots. When it comes, Tau, The Lion, stands victorious. It’s a scene that sets the tone for a film that not only calls up classics like Leone’s, but also Yojimbo.

Tau is described as ruthless and mean, but he’s also filled with an anger that makes him reckless. In apartheid-era South Africa, small enclaves such as Railway – a district within the city of Marseilles – are at the mercy of their oppressors. As Tau and his friends argue about how to resist the police that fleece them, he insists on using more than sticks. His brother, Zulu, demands he exercise caution.

However, when a friend is threatened with brutality, Tau’s anger leads to a careless decision. When he flees the scene of his crime, he not only leaves behind his friends but his responsibility. Those left behind suffer because of “The Lion”‘s heedless anger.

Decades pass before Tau returns to Railway. The town seems the same though apartheid has ended. Police still shake down the citizens, but another sinister element has also descended on the town, a gang led by a fearsome man known as The Ghost. Though Tau seeks to return untroubled, he is inevitably called to his former role as protector.

It’s a familiar story, and the political backdrop of a South Africa trying to find its way after apartheid lends itself well to the retelling. As Tau, Vuyo Dabula is a perfect representation of the man with no name. Though he is The Lion, a man with a past full of brutality, he seeks to start anew as Nobody. It’s the sinister nature of the world around him that draws him back into a world of ferocity and lawlessness.

With desolate landscapes, brutal violence and characters with questionable moral compasses, Five Fingers for Marseilles is not only a magnificent Western, but an exquisite film.