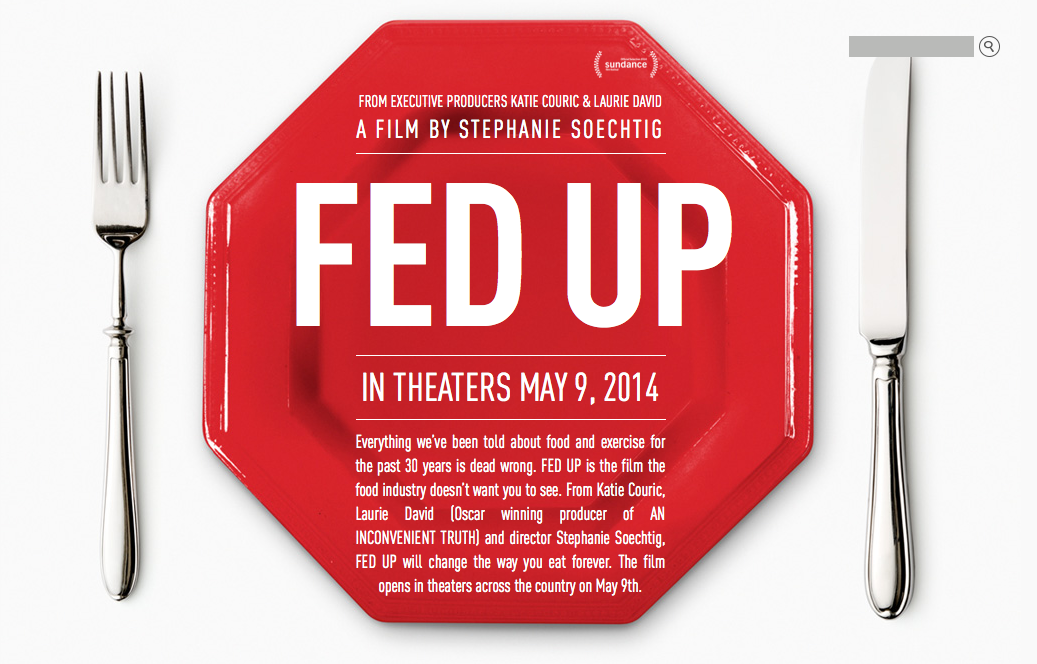 Today’s children will be the first generation with a shorter life expectancy than their parents.

With that sobering piece of information, Katie Couric and director Stephanie Soechtig explore America’s obesity problem, poking holes in conventional wisdom and exposing a culture far more concerned with profit than with our kids’ life expectancy.

Despite our culture’s twisted fascination with thinness, the market saturation of fitness products and low-fat food alternatives, and a First Lady committed to getting our kids in shape, America still leads the world in obesity and diabetes. According to this documentary, the numbers will only keep growing.

Likening the American food industry to the tobacco industry of just a few years ago, Fed Up points to a willful, frighteningly slippery misinterpretation of facts, burying of evidence, and corporate spin to account for our catastrophic rise in obesity rates.

First of all, Couric and Soechtig, along with a host of nutritionists, doctors, scientists, and Bill Clinton, want you to understand that the old adage that to lose weight you need to take in fewer calories and burn more calories is nonsense.

But they systematically point to evidence of cause and effect to actually back up their claim, and then they go on to unveil the corporate wheeling and dealing, governmental complicity and savvy marketing that has turned unprecedented numbers of our elementary school children in to diabetics.

The film is startlingly eye-opening, even for those who consider themselves fit.

Though her film is a well crafted, truly effective call to action, Soechtig missteps here and there.

Surprisingly, though Soechtig spends plenty of time on the almost oppressive availability of junk food – a fact that makes breaking the sugar habit potentially impossible for children and adults – she never really talks about the role convenience plays in our eating habits.

She also, and rightly, points to the fast food and soda conglomerates’ hold on our public school cafeterias as the younger generation’s involuntary indoctrination into a life of awful eating habits. She suggests we all call our principals and tell them to turn down junk food money. Maybe instead she should tell us to vote for some levees so our public schools wouldn’t be so desperate for funding that they get into bed with Pizza Hut, Coke and McDonalds.

Faults aside, the expose that emerges is one with unfiltered, confrontational information to share. It’s not infotainment, but a call to action, and one that we truly must heed.