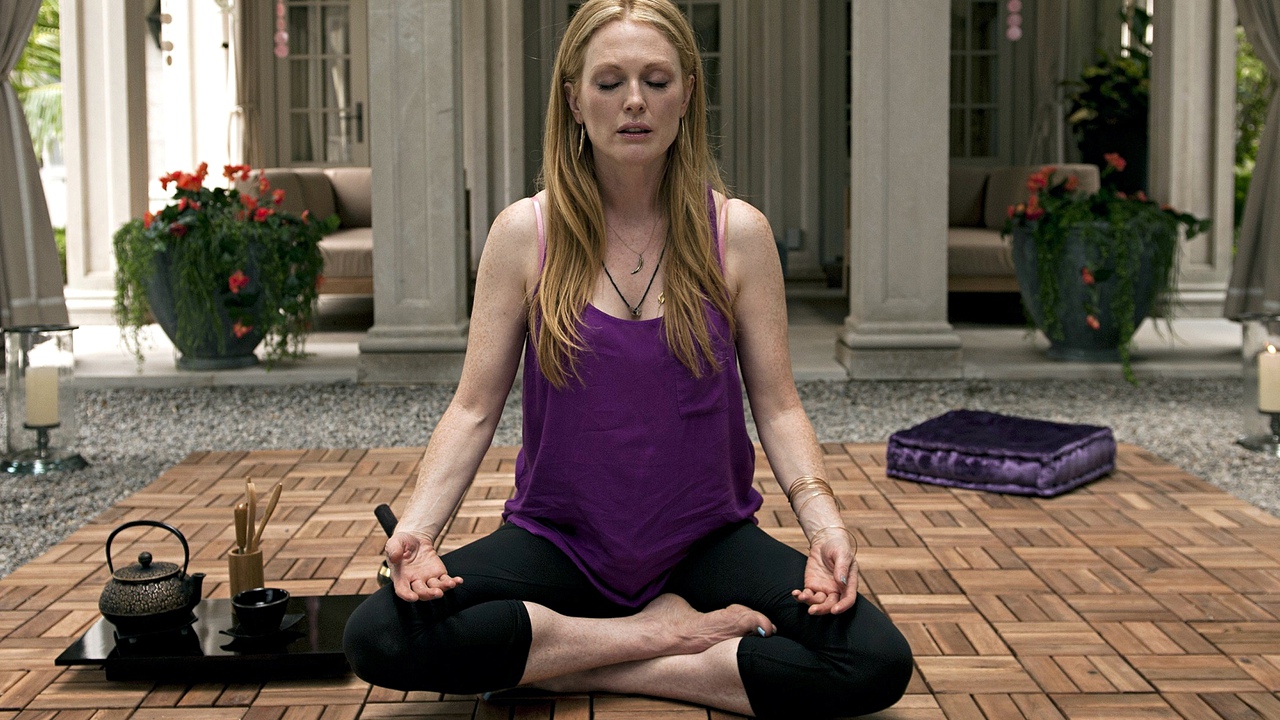 Maps to the Stars

Who but David Cronenberg could take the bubbling Hollywood cesspool that is Maps to the Stars and create from it a chilly but fascinating snapshot of industry dysfunction?

The truth is that Bruce Wagner’s screenplay requires Cronenberg’s anthropological approach and perverse sense of humor. Without it, he’s written a vulgar soap opera. With it, he’s written a revoltingly compelling, oddly austere essay on the self-indulgent, self-congratulatory, fraudulent, repugnant, insecure insanity that is Hollywood.

The story itself couldn’t be more lurid, which is why Cronenberg’s peculiarly distant style is so effective. Some elements of his direction have changed little since he was bursting heads in Scanners.

What has changed over the decades is his ability to draw talent to his projects, and few of his casts have been as stocked as this one. The great (and finally Academy-acknowledged) Julianne Moore steals every scene as the prototypical damaged, aging starlet. Needy, vulnerable, charming and venomous – Moore hits every note on time and in tune.

The versatile Mia Wasikowska – who played Moore’s daughter in The Kids are All Right – here plays her newly hired personal assistant, or “chore whore” as she so delightfully puts it. Wasikowska’s Agatha is the vehicle for chaos in the film, although given the temperament and predilections of the characters involved, chaos is probably never far away.

Agatha wants to make amends for something she did to her family (Olivia Williams, Evan Bird and a gleefully toxic John Cusack) – something related, we assume, to the scarring on her face and neck. Meanwhile, she falls for a sweet but opportunistic limo driver (Cronenberg favorite Robert Pattinson).

Though the actions, reactions and eventualities are never entirely clear, there’s nothing convoluted about this film. Behaviors and reactions feel insane but never ridiculous, as if every self-serving act – no matter how vile – feels natural in this hotbed.

Maps to the Stars is unforgiving, yet somehow weirdly watchable. Cronenberg’s films can be a challenge – not that they’re necessarily tough to understand, just sometimes tough to stomach. Maps to the Stars is certainly not his most violent, although the violence here is tough and surprising. What makes his latest so startling is that, though these characters are as horrid as those found in his best horror and SciFi, they belong right here in our own world.

No wonder he makes independent films.