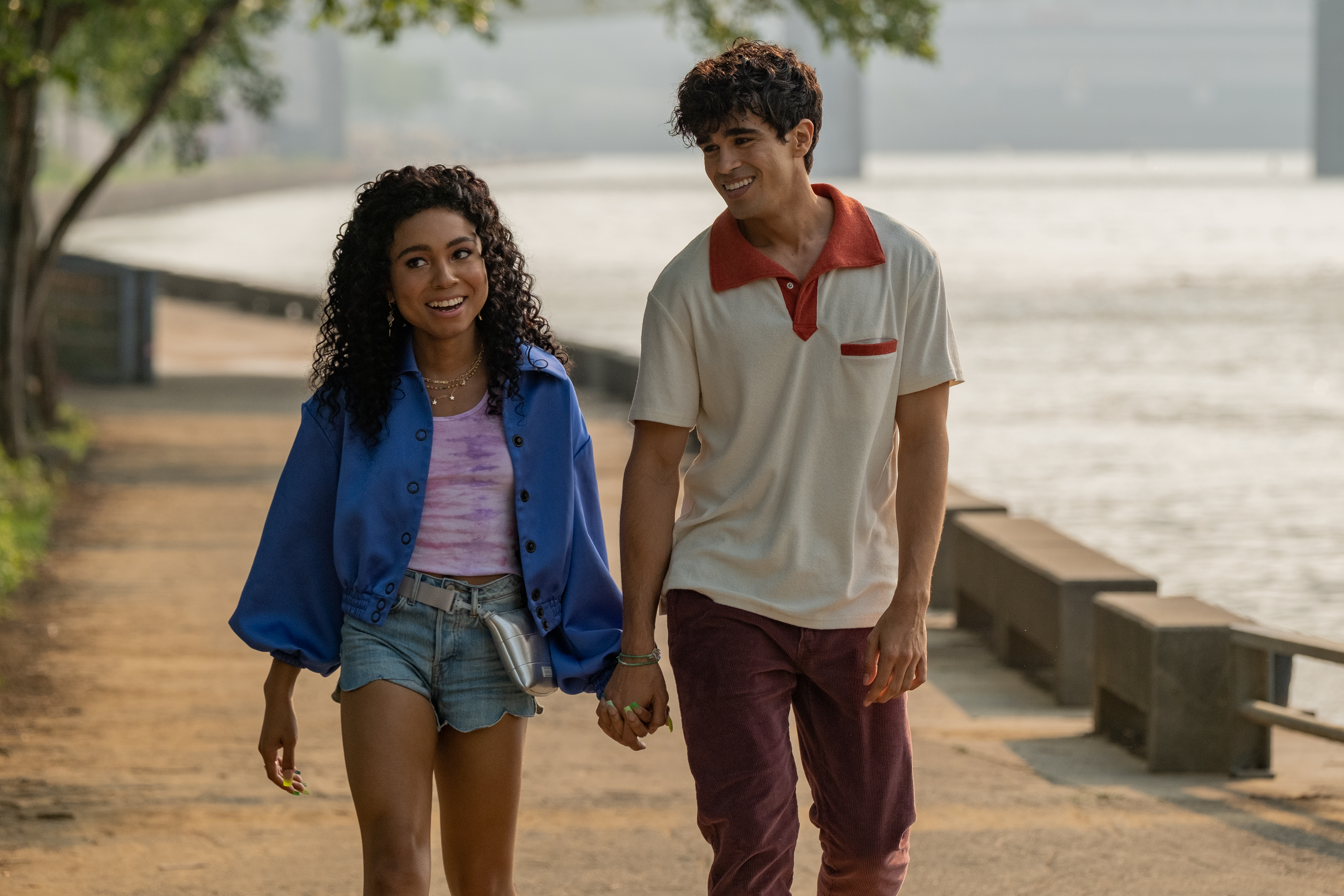 On the surface, Billy Porter’s directorial debut—the coming-of-age rom-com Anything’s Possible—is pretty traditional fare. High school can be tolerable with good friends, boys complicate everything, being different is the worst, just hold on until you can start it all again at college.

That does describe this film. The only thing differentiating this story from dozens of other high school dramedies littering cinematic history is that our lead, our Gen Z Molly Ringwald, is a beautiful trans girl named Kelsa.

Kelsa (Eva Reign) is starting her senior year and counting the days until she can leave Pittsburgh for her dream school, UCLA. She spends all her time with her two besties, Em (Courtnee Carter) and Chris (Kelly Lamor Wilson), but their balance is thrown out of whack when Em announces she likes Khaled (Abubakr Ali), Kelsa’s secret crush.

Porter and screenwriter Ximena García Lecuona lean hard on formula. The one difference here is that Kelsa is juggling more than most high school seniors, even if she’s determined to convince herself that she is not.

Porter’s sly direction follows Kelsa’s lead. As she’s ready to complicate the narrative by considering how the world is reacting to her not as a teen but as a trans teen, the film redirects its attention. The simplicity of the movie’s structure, its plot, even its performances often work in its favor.

Many viewers will, for the first time ever, see themselves in this comforting adolescent formula. For countless other viewers, normalizing Kelsa’s high school anxieties demystifies and creates empathy.

But is it entertaining? Sure! Reign is a charmer, as is Ali. Support work, especially from the always impressive Renée Elise Goldsberry, as well as a clearly loving look at PittsburgH, give the film a welcome sense of joy. And while there is one extremely ugly comment, on the whole Anything’s Possible never wallows in trauma.

That’s not to say that Anything’s Possible or Kelsa manages to sidestep all the dangers and indignities that face trans teens. But it’s not the focus.

Rather than making a film about the day-to-day oppression, trauma, bigotry and danger facing a trans teen,  Porter and García Lecuona turn our attention to the universal dramas of being a teenager in Pittsburgh. That may not feel groundbreaking or even necessary, but it absolutely is.