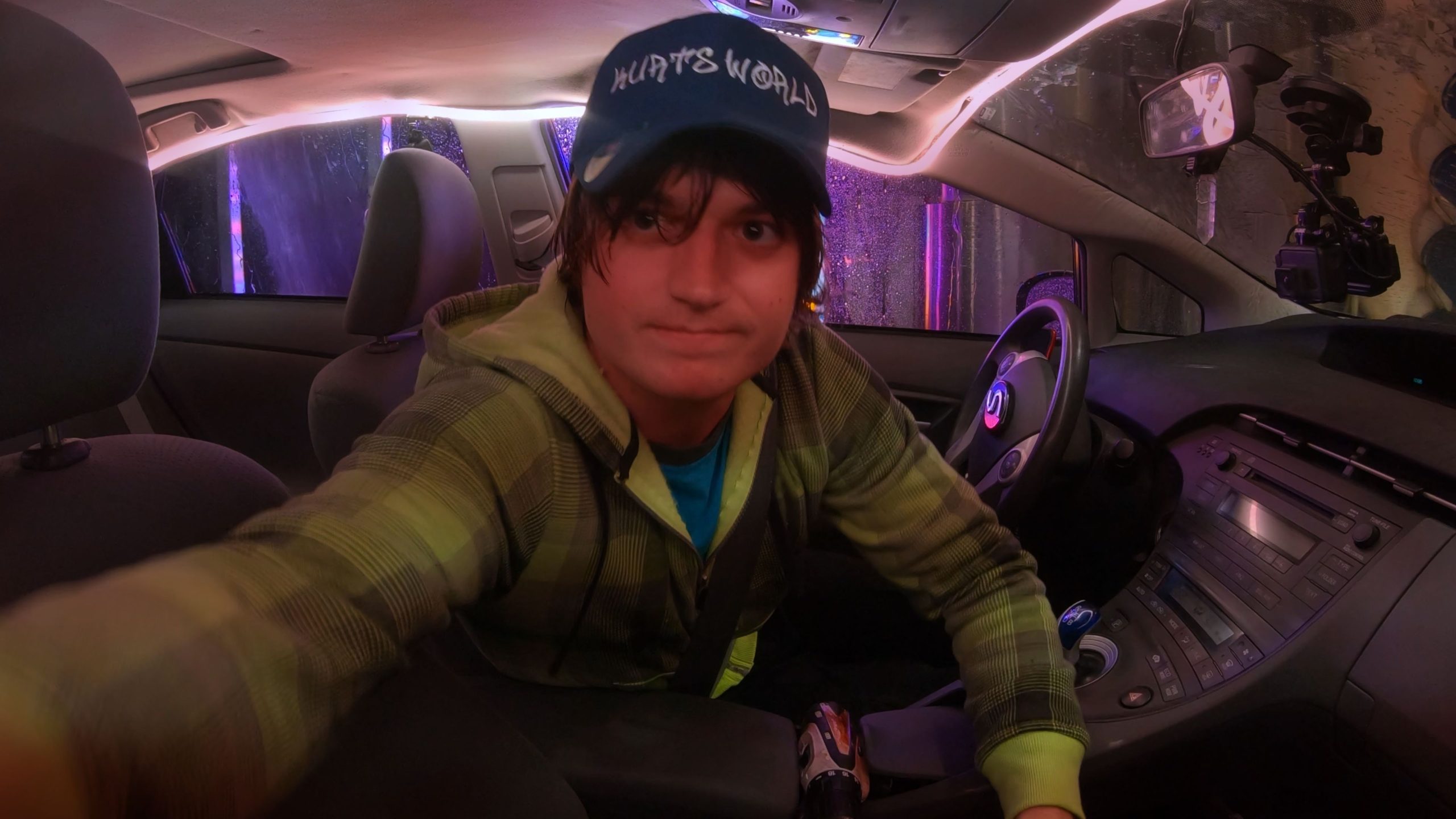 I am about as unplugged as one can be in this hyper-connected world. I have zero social media profiles and visit around five websites regularly (this one included). Considering my lack of presence online, I may as well not exist.

At least, according to Kurt Kunkle (Joe Keery, Stranger Things).

Kurt is the wannabe viral sensation at the center of director Eugene Kotlyarenko’s latest film, Spree. Deciding to live stream his evening as a driver for the ride-share company, Spree, Kurt – star of @KurtsWorld96 – has a lesson to share and knows this is his ticket to fame in the digital world.

Kotlyarenko, co-writing with Gene McHugh, wants to deliver a comedic observation of the effects of the digital world on the real one. It’s not a bad idea. It’s too bad the movie isn’t funny nor especially profound.

There are multiple cameras on Kurt throughout the movie – phone camera, dash cam, window cam, security cam, body cam – at times, the cinematography piles on the footage, using split screens to show us multiple views. A running commentary is sometimes seen at the bottom of one or two of the screens. This lets us know that everyone in cyberspace viewing Kurt’s night – which involves several crimes – thinks it’s staged. Occasionally, someone chimes in wondering if it’s real, but for the most part, they can’t discern fact from fiction.

It’s exhausting. Aside from one, blink-and-you’ll-miss-it shot that I couldn’t account for, every scene is delivered through a handheld or portable device. Watching the movie, it’s hard to imagine anyone consumes anything this way. If this is the way of the world, our attention spans will surely dwindle closer and closer to that of a goldfish (if they haven’t already).

The movie’s only plus is Sasheer Zamata (The Last O.G., Saturday Night Live). Her character, Jessie Adams, runs across Kurt early in his night and is everything he wants to be. Zameer delivers the right amount of comedy in a few spots that, had the movie matched her efforts, might have helped its appeal.

While the attempt at commentary on the larger culture does not go unnoticed, as one of Kurt’s followers says to him of his attempts to go viral, it’s “boring and awkward.”